Creating and customizing automations is simple. To get started, navigate to the Automate tab within the desired app.

To create a new automation, click the New Automation button on the top right of the Automate dashboard. When clicked, the automation customization form will appear, which has several fields available to customize the automation (Read more about these below).

There are a number of customizations available to specify the specific behavior of a given automation. They are shown on the create/edit automation form below.

All automations need a name and git branch to trigger from. Whenever code is pushed to the selected branch, the automation will run. 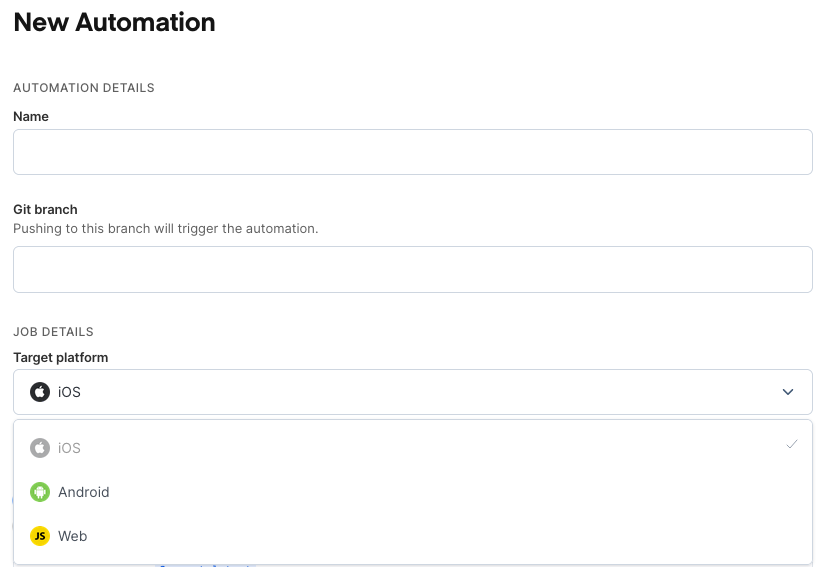 In addition to name and git branches, automations have a number of customizations available depending on the type of job selected.

It is possible to specify one or multiple * wildcards character to match multiple branches within a single automation; for instance:

iOS and Android automations create native builds which can be downloaded and run on devices. They have the following customizations: 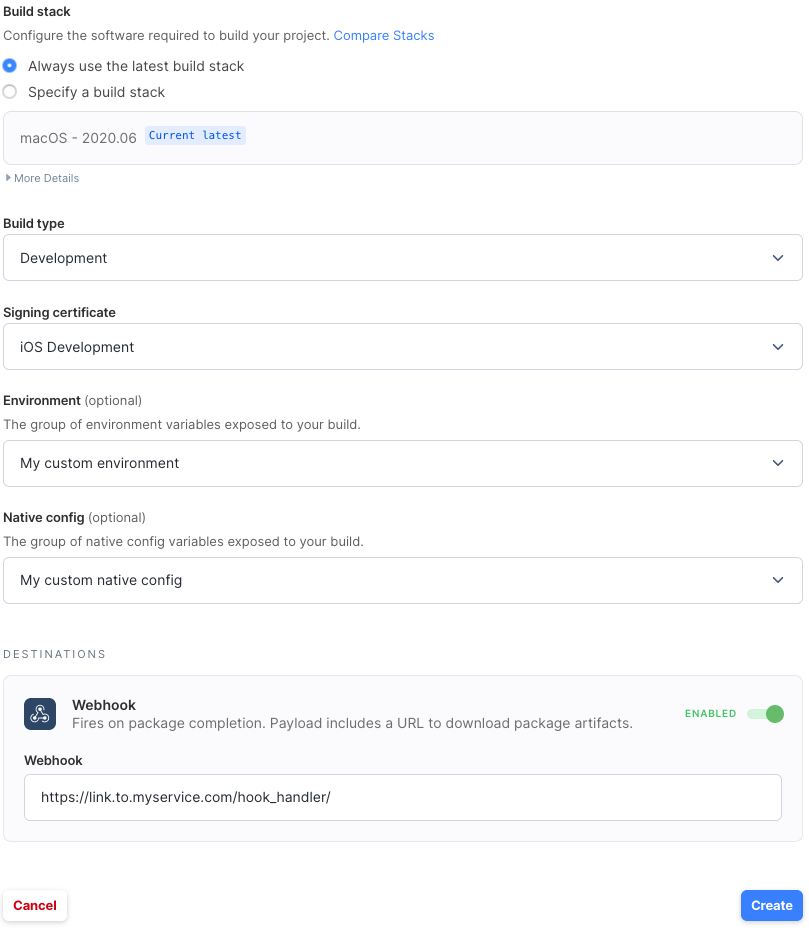 Web automations build the javascript portion of an application and interface with the Deploy service to enable live app updates. 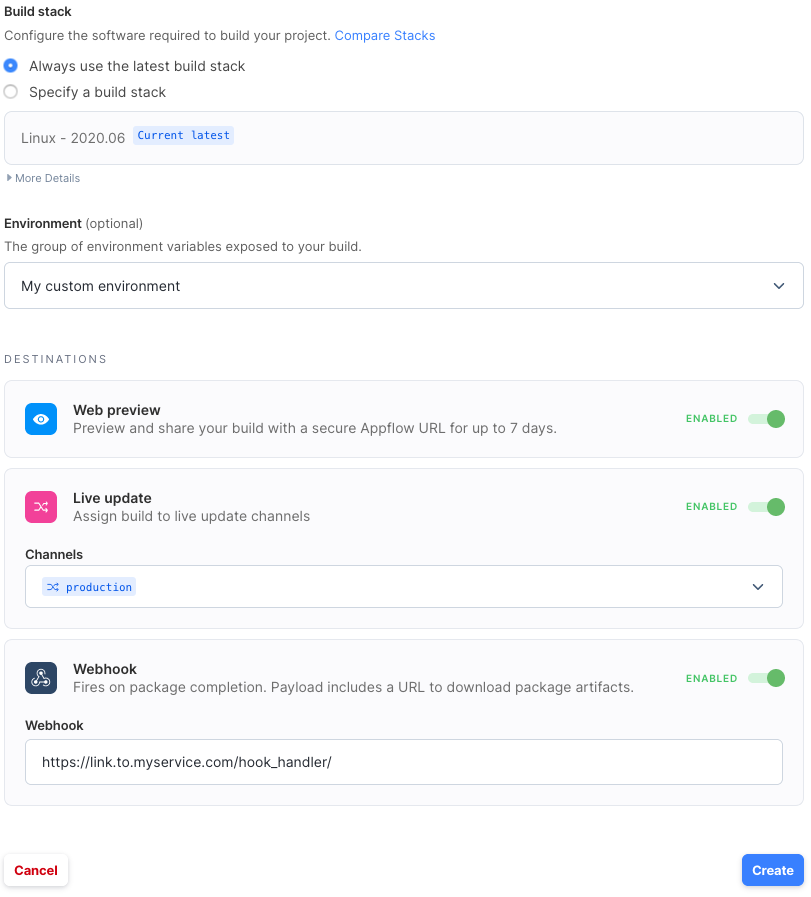 It is possible to choose one of two different options for the Build Stack: