A channel points to a specific Live Update build of your app that will be shared with any devices configured to listen to that channel for updates. You can change the build a channel points to whenever you'd like, and can rollback changes as well.

When you install the Live Update SDK in your app, any native binary configured to that channel will check the channel for available updates whenever it is loaded.

Setting up a Channel​

Every app comes with the default channel Production.

To create new channels beyond the Production Channel, you must have a paid Ionic Appflow membership. To add new channels, simply view the channels list by going to Deploy -> Destinations, and then click the New destination button.

Once you have set up a Channel, click Install Instructions next to that Channel and it will walk you through the options available and generate the CLI command that you should run.

A common use case is using the Production Channel for your App Store binaries, and a separate channel to run a native binary on your phone during development that gets automatically updated. The Production channel cannot be deleted.

If a channel referenced in an app using live updates is deleted, live updates will no longer be applied. Previously, the Production channel would be used as a fallback. To reapply live updates, either recreate the channel name or set a new channel name in the app.

Assigning a Build to a Channel​

Once you have created a Channel, go back to the Builds section of your app. On the right side of each Build, you'll see a "Deploy live updates" button. 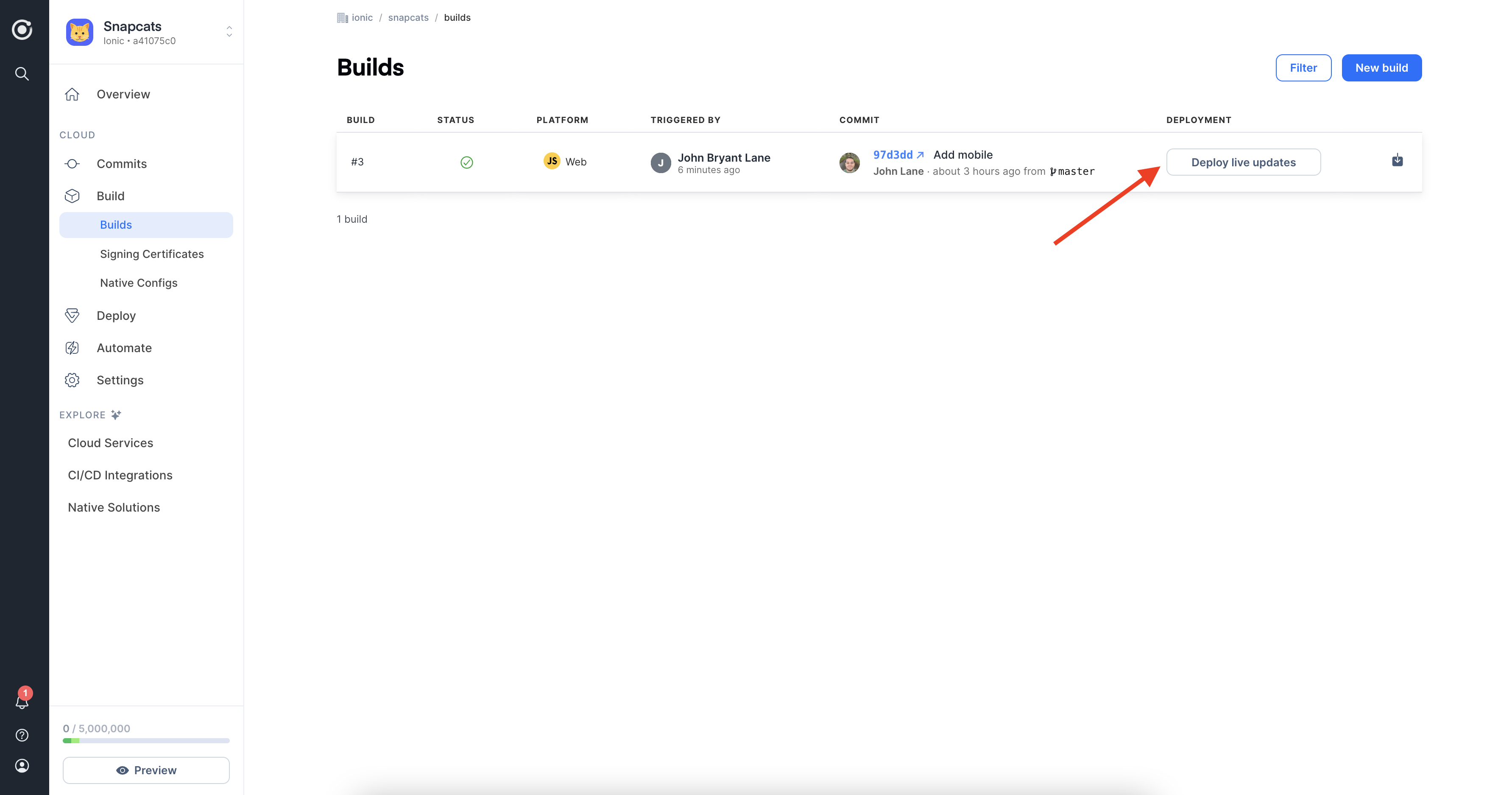 Click this to set the Build as active for a Channel.

Once a Build is set as active for a Channel any native binaries that have been set up with Ionic Live Update for this Channel will receive the new update next time they check in.

Automating Deployment from a Git Branch​

If your interested in automating your deploys from git push all the way to deploying to a channel you can take advantage or our Automation features if your plan includes them.