Native configs allow you to overwrite certain configurations without having to commit changes to version control on a per build/automation basis.

A few things you can leverage Native Configs for include:

Create a QA version of your app​

With Native Configs, you can make Staging, QA, and Production versions of your app, all installable on the same device and with the ability to easily tell them apart. This makes it easy to build your app for multiple environments from the same version of the code. 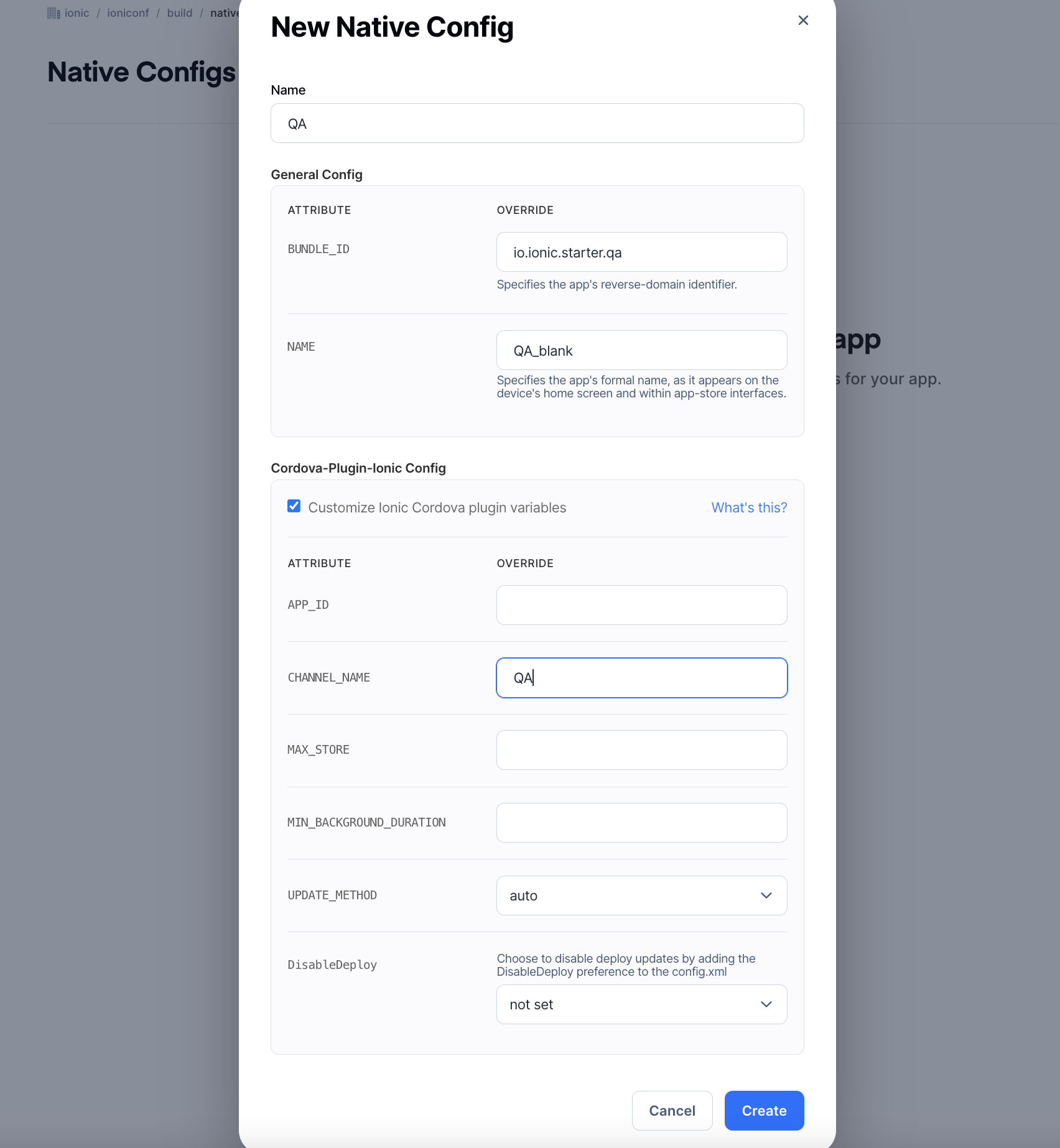 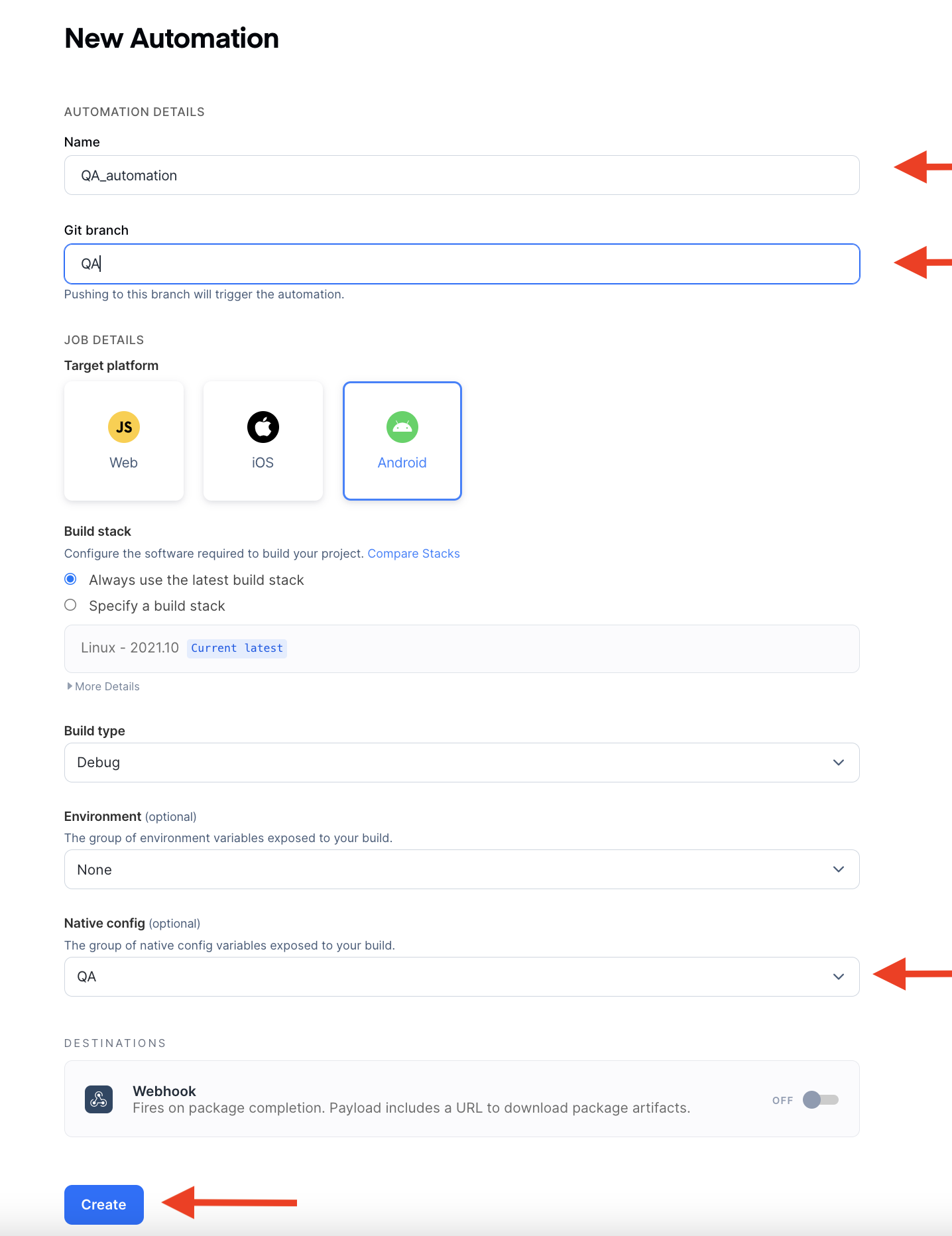 Note: If you plan to use Native Configurations to modify Bundle IDs with your iOS builds, you will need to set up code signing credentials using those alternate Bundle IDs. See our section on Generating Credentials for more information.