Environments give you a way to customize the app build process, producing different versions of your applications for different environments, all from the same codebase. All environment variables are accessible to any build scripts that run during the npm run install and npm run build portion of your builds. There are predefined environment variables that are available for every build in Appflow.

With custom environments, it's easy to create and manage custom sets of key/value pairs to further customize builds on Ionic Appflow. Common use cases include customizing your build process in order to build staging & QA versions of your app that connect to different APIs or to build different white labeled versions of your application.

To get started with custom environments, navigate in the sidebar to Build -> Environments, then click New Environment on the top right. You should see a form like this: 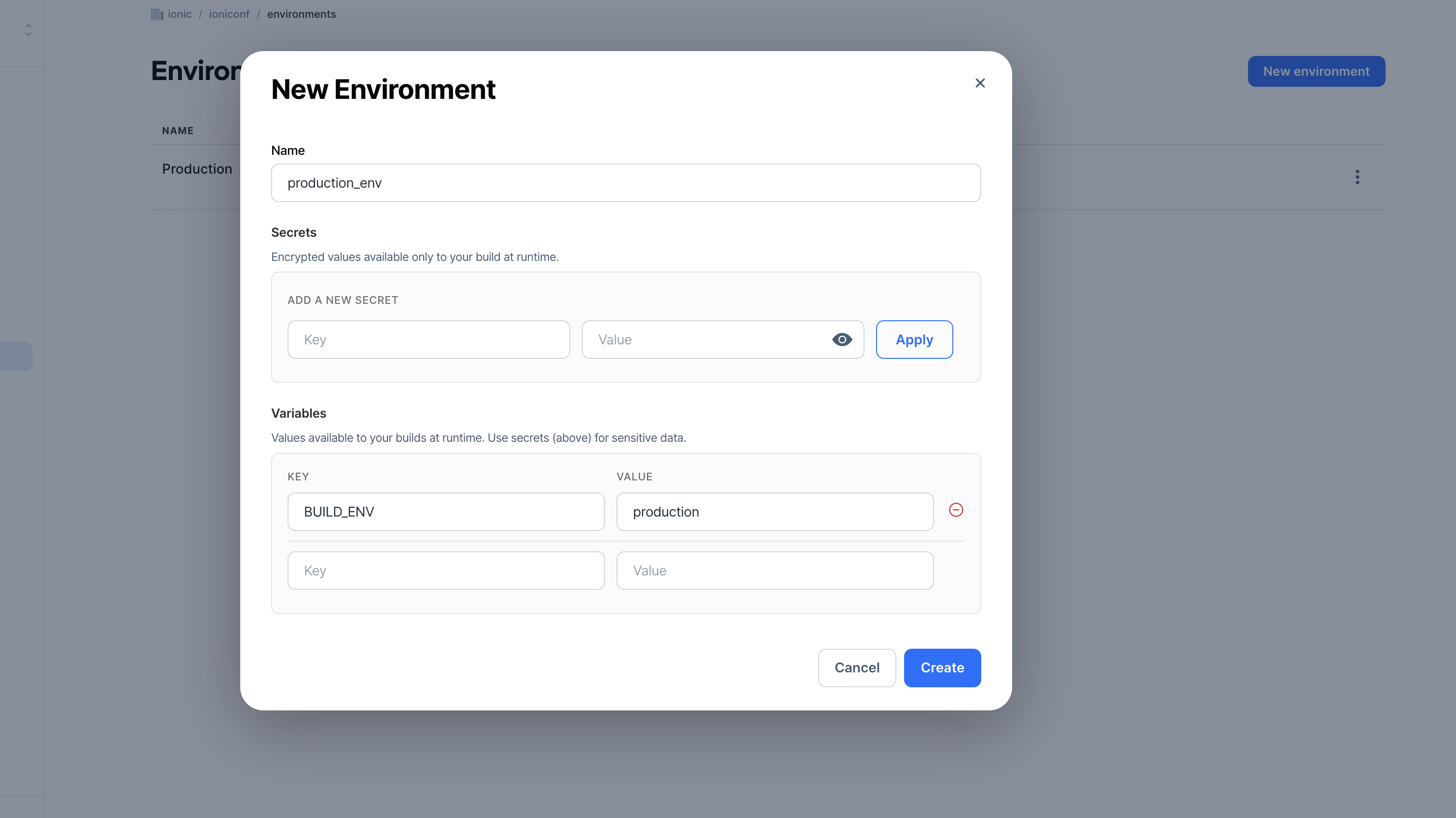 Enter the name and key/value pair as shown above.

There are 2 different types of environment variables: Secrets and Variables.

The only difference between them is that the secrets, being hidden/never shown in the dashboard, are for sensitive data that should be protected, such as API keys or user tokens, while variables are always visible and can be used for all sorts of config data.

Now, let's try modifying the build script in your package.json file to build for production only when a certain environment is passed.

Commit the changes made to your package.json file and trigger a new build with the environment added. This should result in a production build of your app. 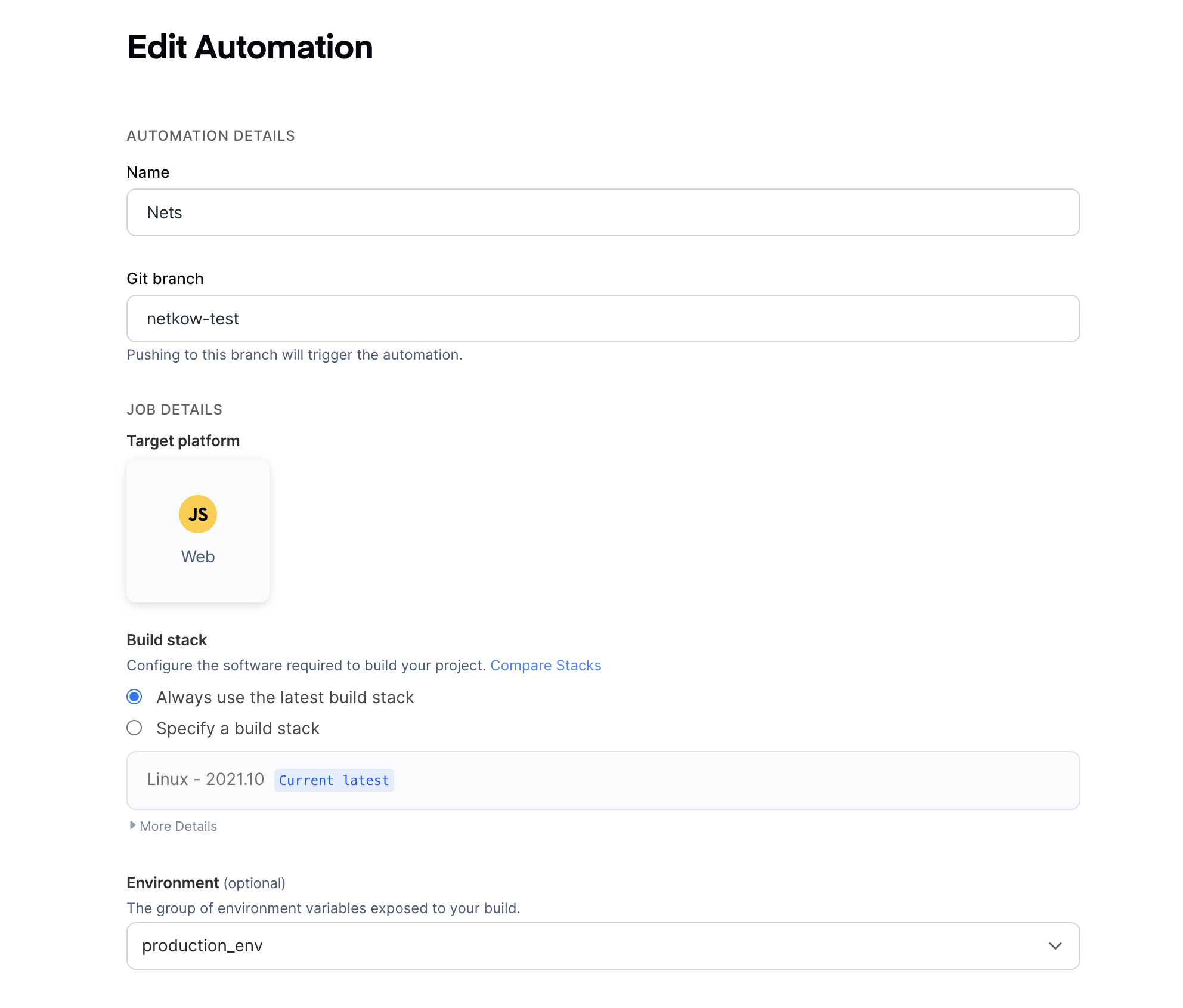