Deploying an Ionic PWA to Vercel 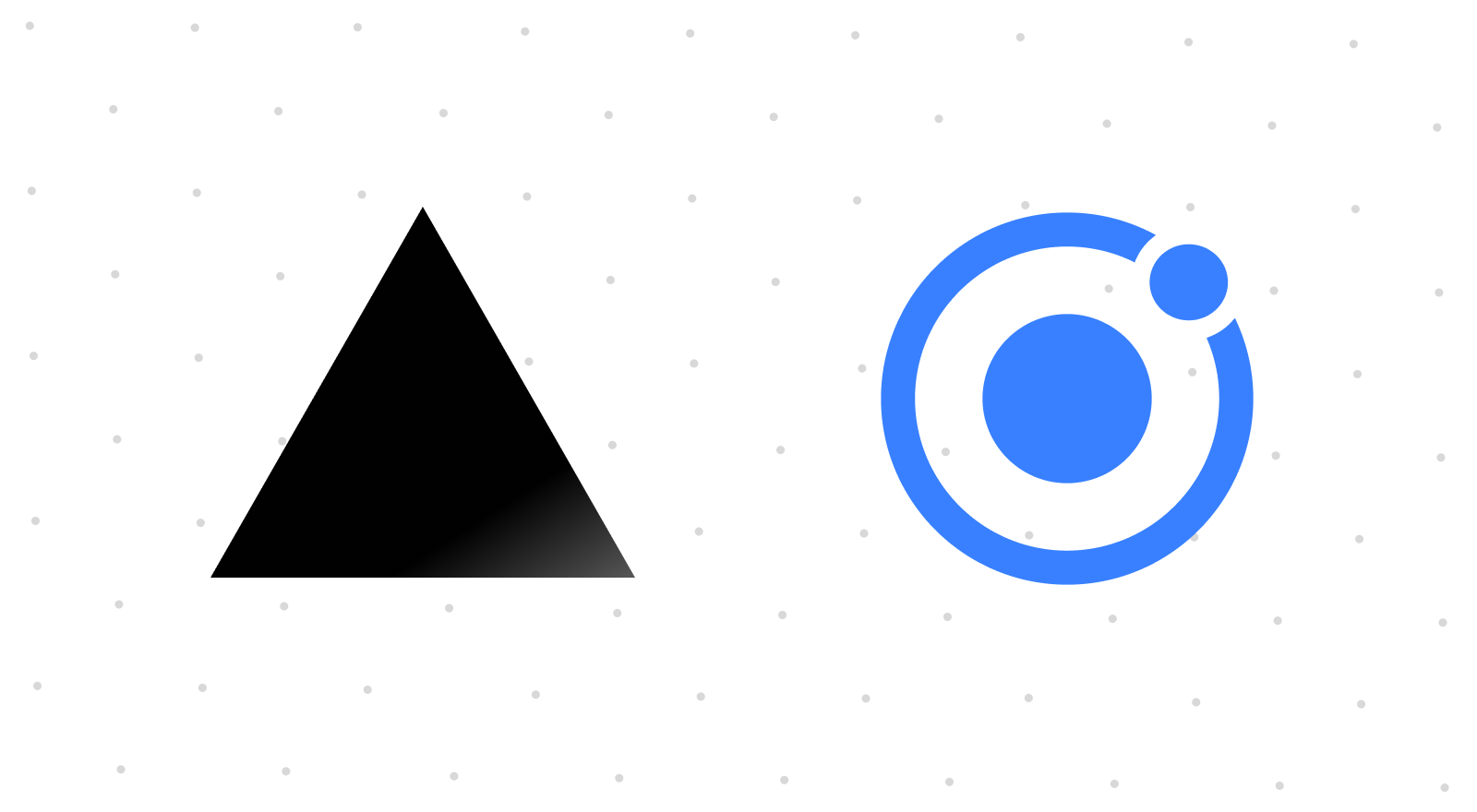 There’s no shortage of fantastic hosting providers these days. If you’re looking to deploy a web app, you really can’t pick wrong. But there are a few that stand out as being the best hosting solution for Progressive Web Apps. Today we’re going to look at how to deploy an Ionic React app to Vercel and how simple Vercel makes the whole process.

Vercel provides a fast and scalable solution for static sites, JAMstack based web apps, and Serverless Functions. For our use case, we’re just going to be utilizing the static hosting, but I highly suggest you take a look at the Serverless portion of their docs, as this could be your one stop shop for all your future apps. The serverless features become very compelling though once you consider SSR with Ionic Angular and Ionic React.

With Vercel, we can simply connect an existing app that is on GitHub, configure the build commands, and we’ll have our app deployed almost instantly.

For this demo, I’ll just use a sidemenu based template and use React for my framework. Vercel itself can support more than React, so if you’re using Angular, the process will be similar.

For the app portion, this is all we need, so let’s move over to Vercel’s dashboard and connect the app. 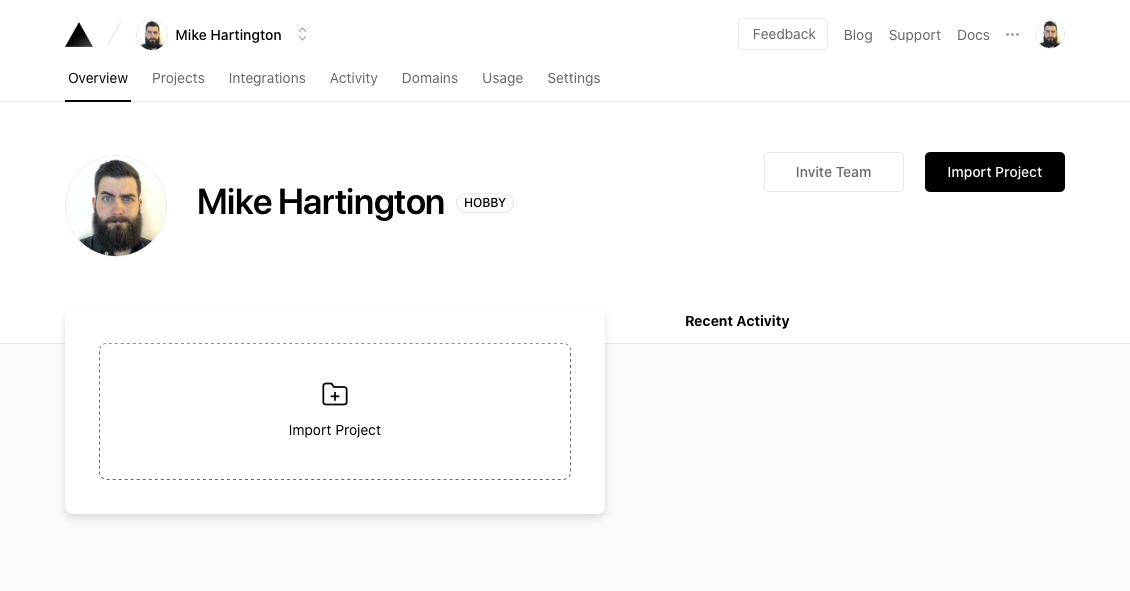 From the dashboard, we’re presented with the option to import a new project. Once we click on that, we’re given the option to either start from a new template (a blank slate) or import from a git repository. Since our project is already on GitHub, we’ll select that and connect our GitHub account.

Once connected, we can click “Import from GitHub”, search our repositories for the project, and select it. Once we’ve confirmed the project import, we’ll be prompted to enter an app name. By default this will just be the repo name, which will be fine for our test. We’ll hit continue for this and the next prompt which asks us for the project root. Since
our app is not in a mono-repo setup, the default here works just fine. 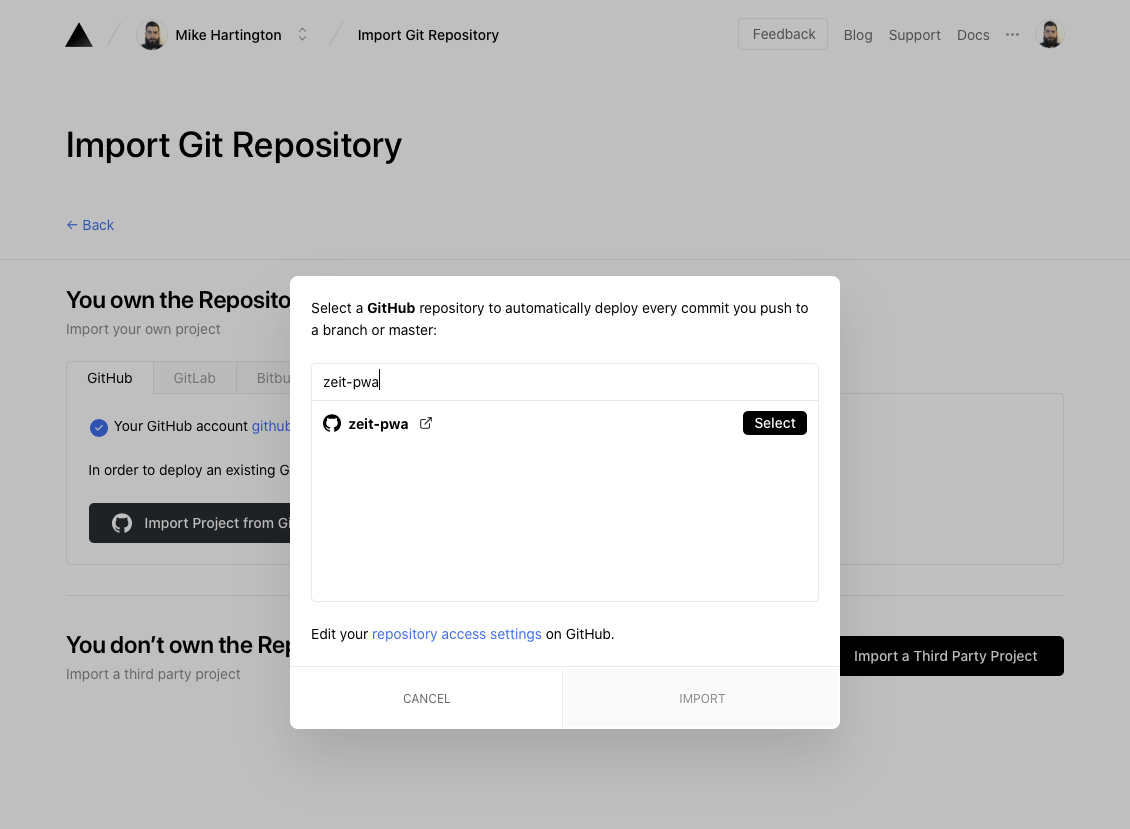 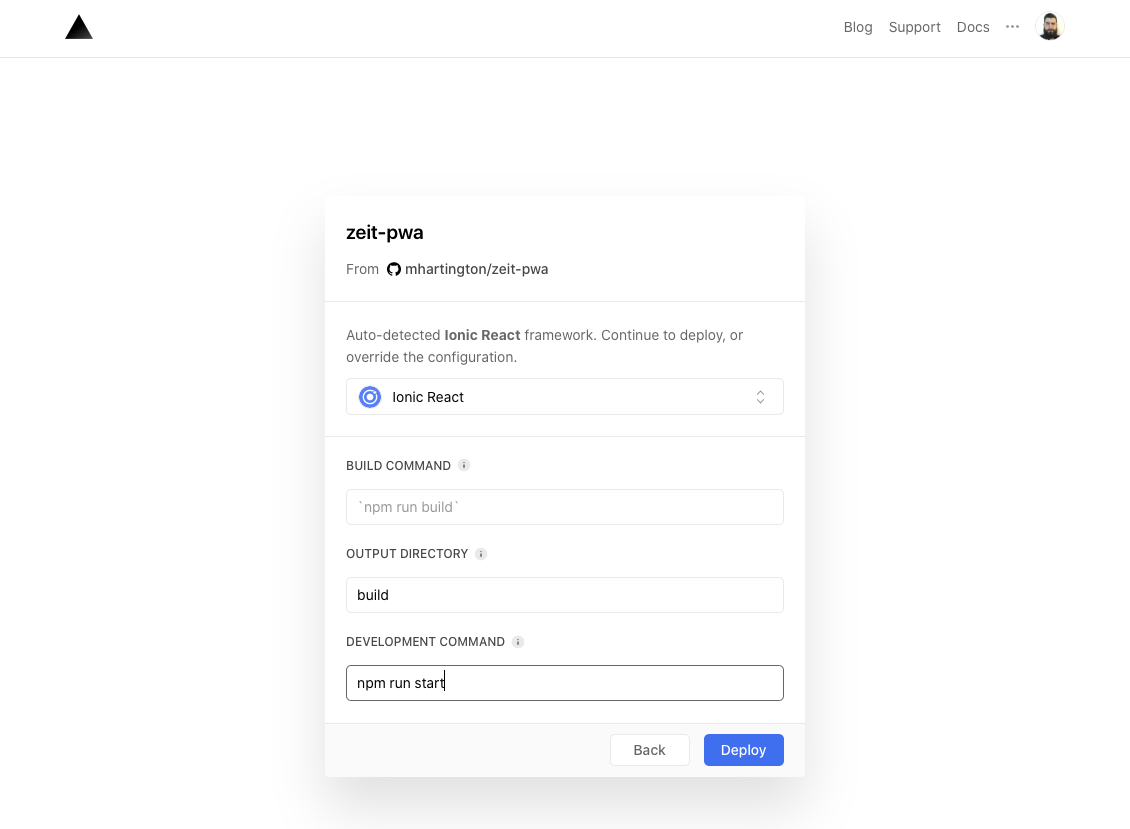 With our project created, it will take about a minute for our app to be built and deployed to a live URL. For my app, the url is zeit-pwa.now.sh. All apps deployed through Vercel will be assigned a .now.sh suffix domain. But this can be configured to use a custom domain.

With our app now setup and deployed, any time we commit changes and push them to GitHub, Vercel will automatically trigger a new build. Once the build is completed, our app will be deployed and will be live! 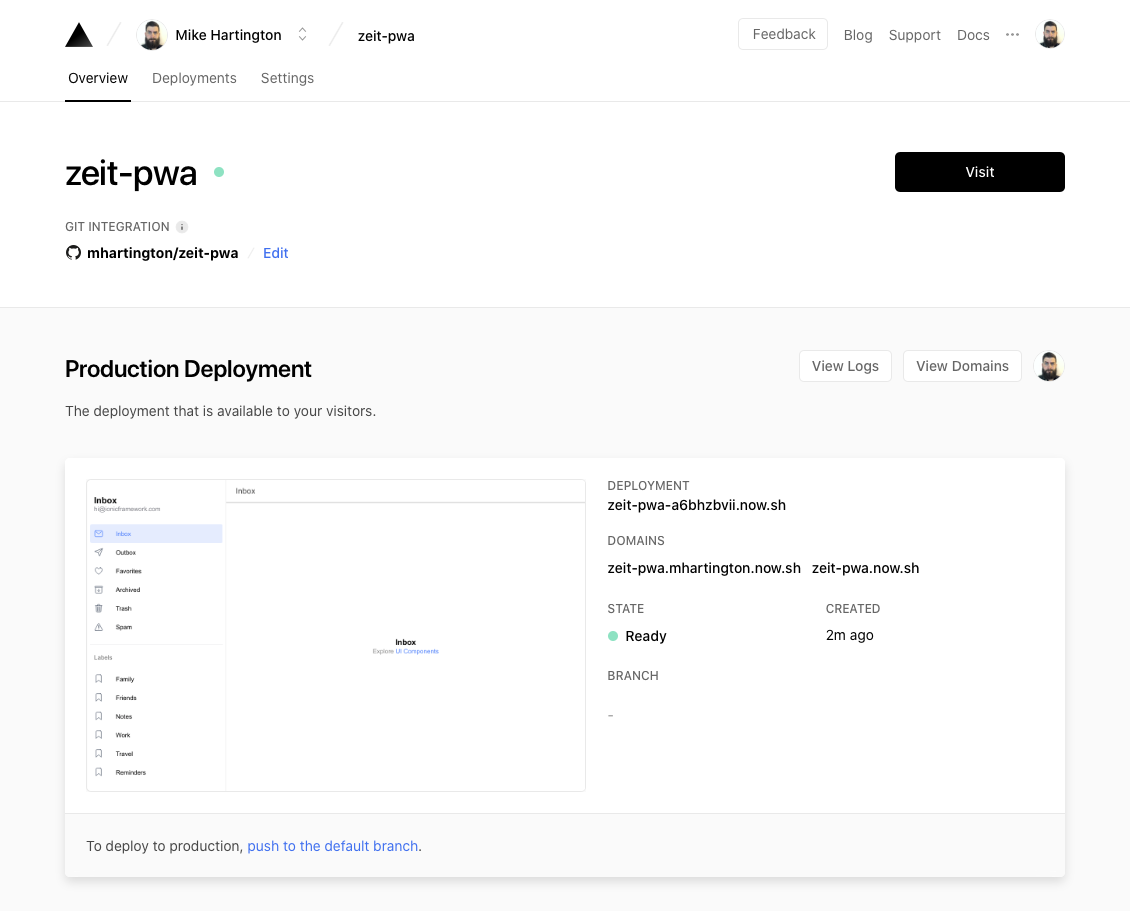 The Vercel product suit is quite a compelling service. Given its easy integration with popular frameworks/libraries, simple setup with existing Git repositories, and overall speed, it’s pretty obvious why it’s starting to look like a premier solution for PWAs. There’s a lot more that can be done with Vercel, so be sure to check out their documentation. Cheer!