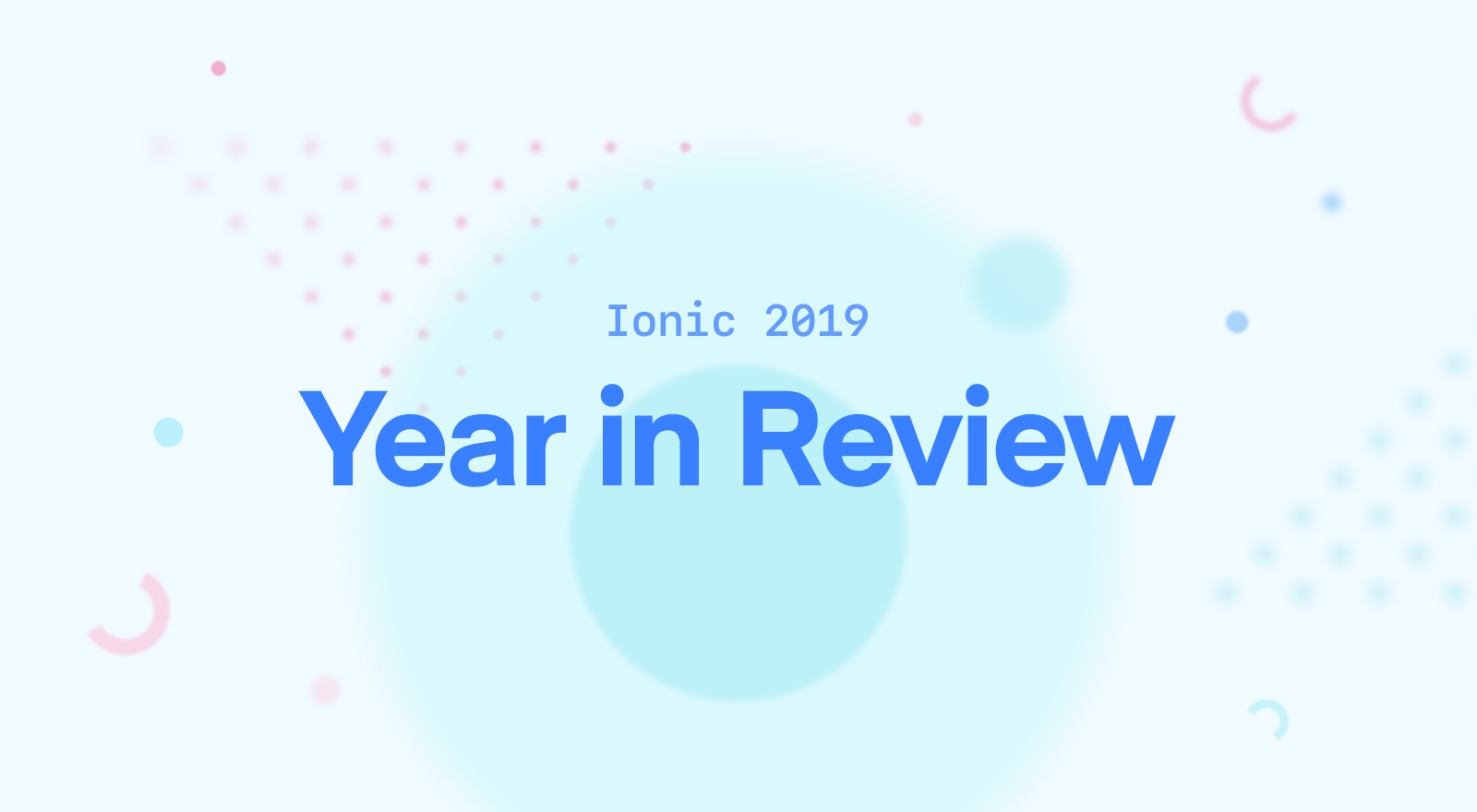 Happy New Year Ionites! 2019 was a huge year for Ionic. We released new products (open source and commercial), shipped updates to our existing products, added so many wonderful customers, and continued to build the foundation to scale Ionic into a much larger business.

Here’s a recap of everything that happened last year and what we’re doing this year:

In July I posted a mid-year business update which went into deep detail about how Ionic’s business is evolving.

This year we added over 90 new awesome enterprise customers across a diverse range of industries, including major restaurant and retail chains, financial services and insurance giants, health care companies, educational institutions, and so many more. That doesn’t include the 5,000 businesses and teams that are on a self-service plan using our developer tools to streamline development and automate their DevOps processes.

We also more than doubled revenue across the business and expect to be profitable this year while doubling our enterprise revenue again. I’m proud that Ionic is sustainable and growing quickly.

We are thrilled that Ionic’s platform is appealing to teams building mission-critical apps and that our native solutions and Mobile DevOps service Appflow are proving to be hugely valuable.

We started 2019 with a bang by releasing the most important version of Ionic Framework ever: Ionic 4. We called it “Ionic for Everyone” to symbolize our shift away from Angular-only to supporting the whole web ecosystem and building on top of web standards like Web Components.

In February. we announced the beta of Ionic React, likely the biggest change to Ionic’s addressable community ever. We also shared our Ionic 4 roadmap, and I’m proud to see many of the items there shipped in 2019 or will ship early this year (like an all new animation engine coming soon!).

April saw us continue to build and improve Ionic React, and we took a step back to explain why we built it and what problems it solves for React that aren’t being solved already. We also announced the beta of Ionic Vue, bringing Ionic Framework to another huge community and really interesting framework.

In May/June we announced Stencil One, the production-ready release of our new Web Component and Design System compiler Stencil. One beta was quickly followed by the GA release, and both blog posts are worth reading for insight into what makes Stencil so powerful for building component libraries and Progressive Web Apps.

In May we also announced the 1.0 of Capacitor, Ionic’s new native layer that has the long term goal of replacing Cordova in every Ionic app and brings lots of improvements to native APIs and extending your app with native functionality.

In June we announced Auth Connect, a new enterprise native solution that makes it easy to add Single Sign On and secure user auth to Ionic apps. Auth Connect is one big piece of our Enterprise app platform that simplifies building mission-critical apps by providing developers with top-quality building blocks and expert support.

In July the team behind Appflow, the Mobile DevOps service for Ionic apps added support for Capacitor alongside Cordova.

This fall was all about Ionic React, and we released the official GA version in October to great fanfare. The reception blew us away and we are so thankful for the warm welcome from the React community.

Finally, to round out what was a huge year for us, we released an add-on to Ionic React that brings easy native functionality through a set of custom hooks for Ionic React, called Ionic React Hooks.

2020 is looking like a very interesting year for Ionic.

I’ve shared a few thoughts on Twitter about what we will be focusing on in 2020, and a key theme is that Ionic needs to continue to solve problems around Ionic Framework to fully achieve our mission of making app development easier. This also means fighting back against the wave of developer-unfriendly low-code app development products that many enterprises are buying today and forcing on their developer teams.

We think Ionic has the chance to be the platform enterprises build on across all of their app development, from major consumer apps all the way down to utilities and quick marketing apps. The only way we can do this though is if we continue to go beyond UI components and build opinionated tooling and curated solutions to common app development challenges.

Of course, we’re also working on tons of improvements to Ionic Framework and our other open source projects, including a big new update coming soon. Stay tuned for another great year of updates and improvements to everything Ionic and thanks for your support, it means the world to us!