Blog / Ionic Angular monorepos with NX
Get the Newsletter

By Devin Shoemaker on April 30, 2021 in Engineering Angular Monorepos NX 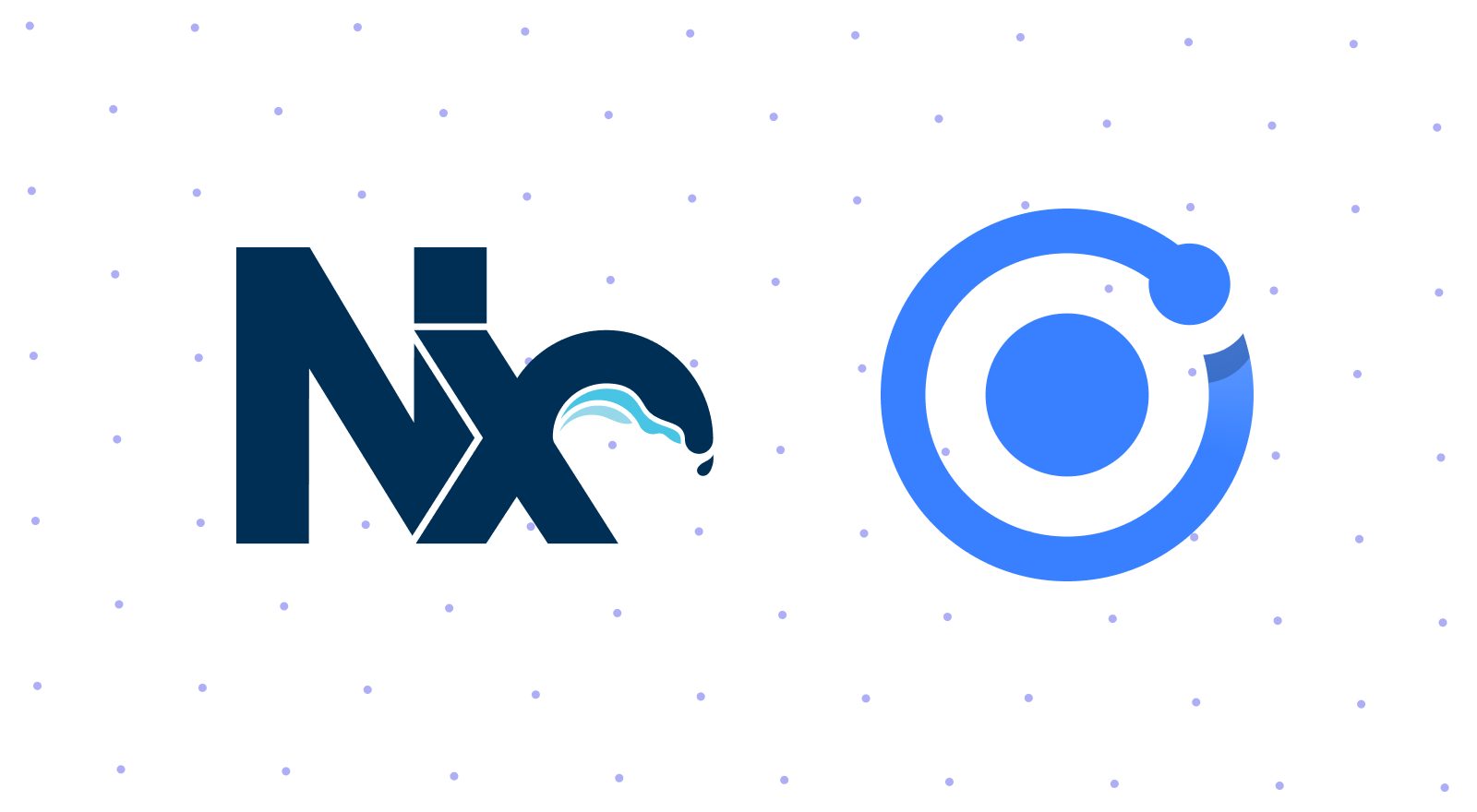 This is part two of a new series on monorepos. By the end of the series, you’ll have the tools you need to adopt monorepo setups in your organization.

Between sharing code, managing dependencies across projects, and more, monorepos can require a lot of investment to get right. Thankfully, there are many different tools out there that can streamline the process and get developers on the right path. There’s Lerna, Yarn workspaces, npm workspaces (with npm v7), and the one we’ll look at today, Nx.

Let’s look at setting up an Nx workspace and looking at a few packages that can help Ionic Angular developers manage complex app setups and ship their apps faster.

Nx is described as “extensible dev tools for monorepos” and is created by Nrwl, a company founded by former Angular team members. The tooling has first-class support for Angular, React, Next.js, and more all within a single workspace. This includes generating both applications and libraries for all of these frameworks. The magic comes from the Nx CLI. The experience is very similar to the Angular CLI, but with support for far more technologies than just Angular.

Nx strongly enforces the “single package philosophy”. This is when all projects in a monorepo workspace share the same version of all dependencies. When dependencies are mismatched across projects, you can run into errors and inconsistencies. Tools like Lerna and Yarn workspaces help with this, but it can still be confusing to developers because each project typically has its own package.json. Nx encourages users to add all dependencies to the workspace root package.json to easily keep track of dependency versions and upgrades. While this may seem like a departure from what you are used to, the Nx plugin architecture makes this easier to manage.

While frameworks help provide a structure for building applications, Nx realized that there is no “one size fits all” solution, especially with monorepos. To address this, Nx has its own plugin architecture to automate the configuration and tailor your experience to the tools you use. Nx plugins allow you to focus on getting to the code, not dealing with configuration. The default plugins help you generate Angular and React applications/libraries in a single workspace, but there are also plugins for Storybook, Cypress, ESLint, and more.

Okay, so Nx sounds great, but you might be asking, “How does this benefit me and my Ionic apps?” Some common situations where Nx can help are:

If your organization develops multiple Ionic applications, then you may be implementing very similar components across these apps. Whether it’s the authentication interface or a similar layout for settings pages, you can benefit from sharing these components across applications. Nx makes it easy to develop shared libraries for React and Angular, and enables you to avoid copying and pasting code. This also unifies your user experiences.

If your applications do not share many UI components, they still benefit from sharing types, interfaces, and other functions. Sharing code can not only improve the developer experience, it can also improve the reliability of applications and avoid bugs.

Nx also supports extending configs for TypeScript, ESLint, Webpack, and more. By creating base configuration files that all applications and libraries extend from, you can enforce agreed-upon best practices across your entire organization. This combined with the advanced CLI tooling and plugins makes building applications at scale more maintainable and consistent.

Building upon the plugin architecture that Nx provides, Nxtend is a series of plugins that mostly focus on enabling Ionic and Capacitor development in an Nx workspace. These plugins include @nxtend/ionic-react, @nxtend/ionic-angular, @nxtend/capacitor, and more. The main functionality that these plugins provide is the generation of Ionic applications in an Nx workspace that fits the standards of other Nx applications.

While the official documentation is the best place to learn how to use the Nxtend plugins, you can begin developing with them with Nx right away. First, you need to start with an Nx workspace. To generate a new workspace from your terminal or command line, execute:

First, install the Nxtend Ionic Angular dependency to your workspace:

From here, initialize the plugin:

The CLI will prompt you for the Ionic starter template you would like to use, and once the command is complete, you can begin serving your Ionic app:

Nxtend Ionic applications are generated with Capacitor support by default. However, before we can use Capacitor, we must build our application:

Next, we can add a Capacitor platform like iOS:

And finally, we can open that app in Xcode:

Capacitor can also be added to any existing web application in an Nx workspace. Learn more about this on the official documentation.

The Nxtend Ionic Angular plugins are compatible with Nx Angular libraries, meaning that once a library is generated, you can begin creating components in that library and export them from the index.ts to use them in your applications.

Next, we can generate a component in the new library:

Before we can use Ionic components in the new library, we must import the IonicModule and export the new component in libs/my-lib/src/lib/my-lib.module.ts:

Now, we can update the component we generated with Ionic:

And finally, import the module in your app:

And that’s it! Using this strategy, you can share components, interfaces, utils, and more.

Nx is an excellent tool for workspaces, and the plugin architecture opens the door for applications and libraries to feel at home in a monorepo. Developing Ionic apps in an Nx workspace can offer many benefits, and the Nxtend suite of plugins is designed to make that a smooth process. Between generating apps, libs, managing dependencies, as well as the ability to share code across projects, Nx benefits projects both large and small.