Blog / Announcing Creator Ionic 3 support! (And what’s coming next)
Get the Newsletter 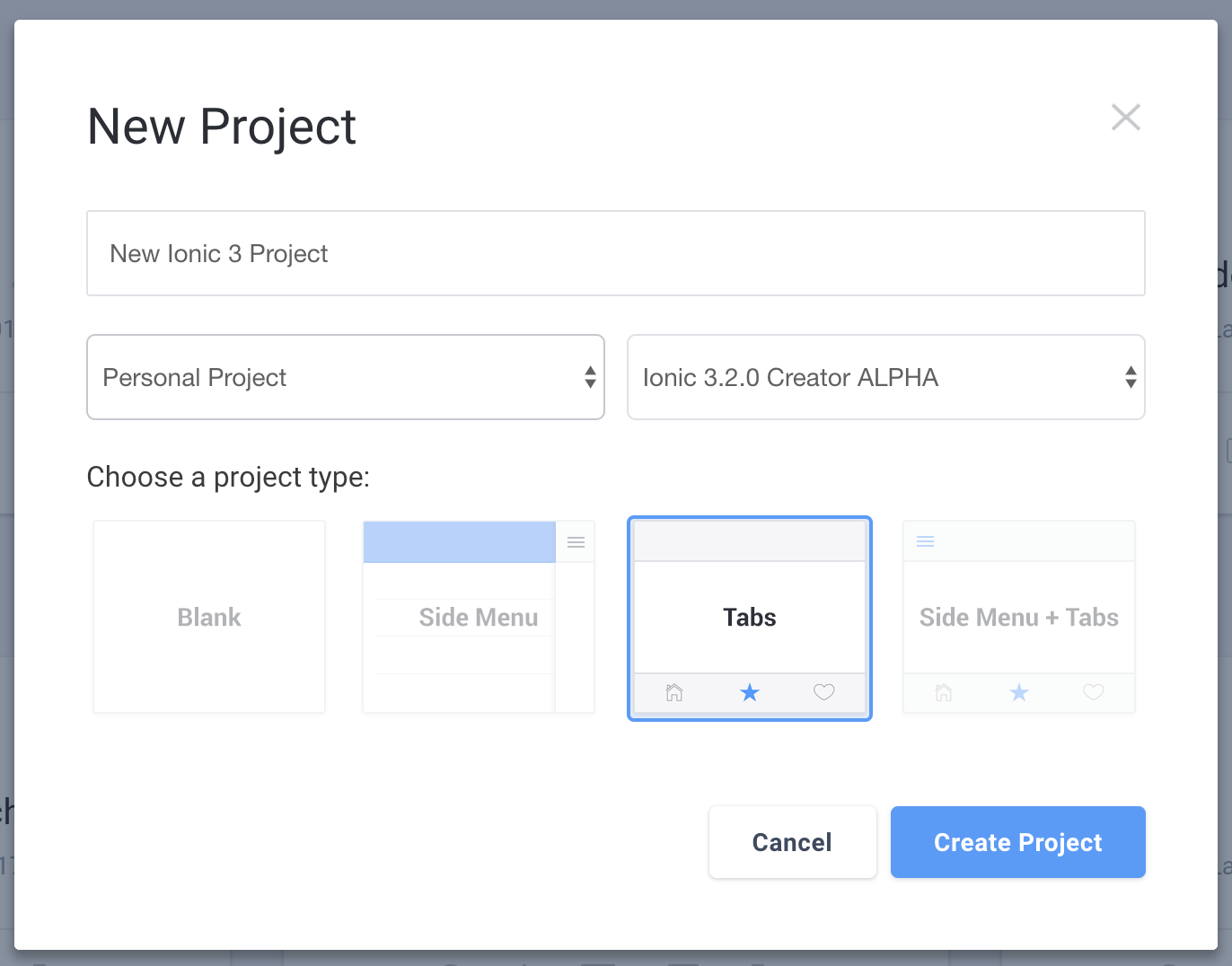 We’re happy to announce that Ionic Creator now supports Ionic 3 ZIP exports! Now you can drag-and-drop your own custom starter templates right in the browser, and then download a real functioning Ionic 3 project to continue programming locally.

How to get started with an Ionic 3 Creator Project

When you Start a New Project, you’ll be able to choose Ionic 3.x from the dropdown. Ionic 3 ZIP export is only available for new projects. Old projects can not be converted to Ionic 3 projects.

During this initial phase, everything in the Creator editor still looks like Ionic 1, but will export with Ionic 3 code (more on that in the section below). Once you’re done draggin’ and droppin’ to your heart’s content, you can export your project and get it working locally.

Check out our quick and easy exporting guide here.

When Angular made the switch to Angular 2, trying to make Creator work with Angular’s new build system took a lot of blood, sweat, and frankly, tears. The truth of the matter is, web development tooling is getting a LOT better, but it’s also getting more complex. Complex in a way that isn’t very compatible with the way Creator works.

Angular 1 projects can be written and edited in the browser on the fly because they aren’t compiled. Angular 2+ (and therefore Ionic 2+) projects have compilation steps, minification, and don’t have all the injection pieces available that Angular 1 does. This means that they don’t work very well with traditional Drag & Drop in the cloud.

Creator’s mantra has always been “Simple, but Powerful” and we don’t ever want to sacrifice either one of those in favor of the other. In order to accomplish this goal, we’re going to have to make some drastic changes under the hood of Creator.

Now before I tell you just how awesome these changes are going to be: know that this isn’t a small project, and it may take us a bit of time. The good news is that we’re going to be sharing early Alphas with current Creator users as soon as we can (which may still be a few months away).

Alright, now let’s get aboard the hype train:

Creator, with a twist

Drag-and-drop is powerful on so many fronts. It helps developers learn to program using new tech, significantly decreases development time, decreases the need to constantly check documentation, allows you to see your vision in mere minutes, and it allows you to look awesome in your boss’s eye.

The version of Creator we’re working on will still have an entirely drag-and-droppable environment, but we’re not stopping there. Creator will become a locally downloadable tool with full 100% customizable code editing.

You’ll be able to move in and out of drag-and-drop mode seamlessly while making any customization you want to the underlying code.

The power of local

Moving Creator to a local desktop app instead of in the browser means we can sit on top of all your local build tools and emulators. The Ionic CLI powerfully manages your entire build process, and we’re going to be able to take advantage of all of it.

While you’re designing or coding, there will even be a pop out browser or native emulator that live reloads your app as you make changes.

Any project, any time

Creator will function right on top of the local file system, which means you can open existing projects in Creator at any time and we’ll understand them.

There’s no more “Whoops, we have to leave Creator now to program X” — because now Creator will just work with your local files.

Moving locally also gives us a much better story for collaboration because GIT support comes for free! We’re just working with your local file system, so you can use GIT on your project just like you normally would.

We’d love to hear your comments and thoughts below!