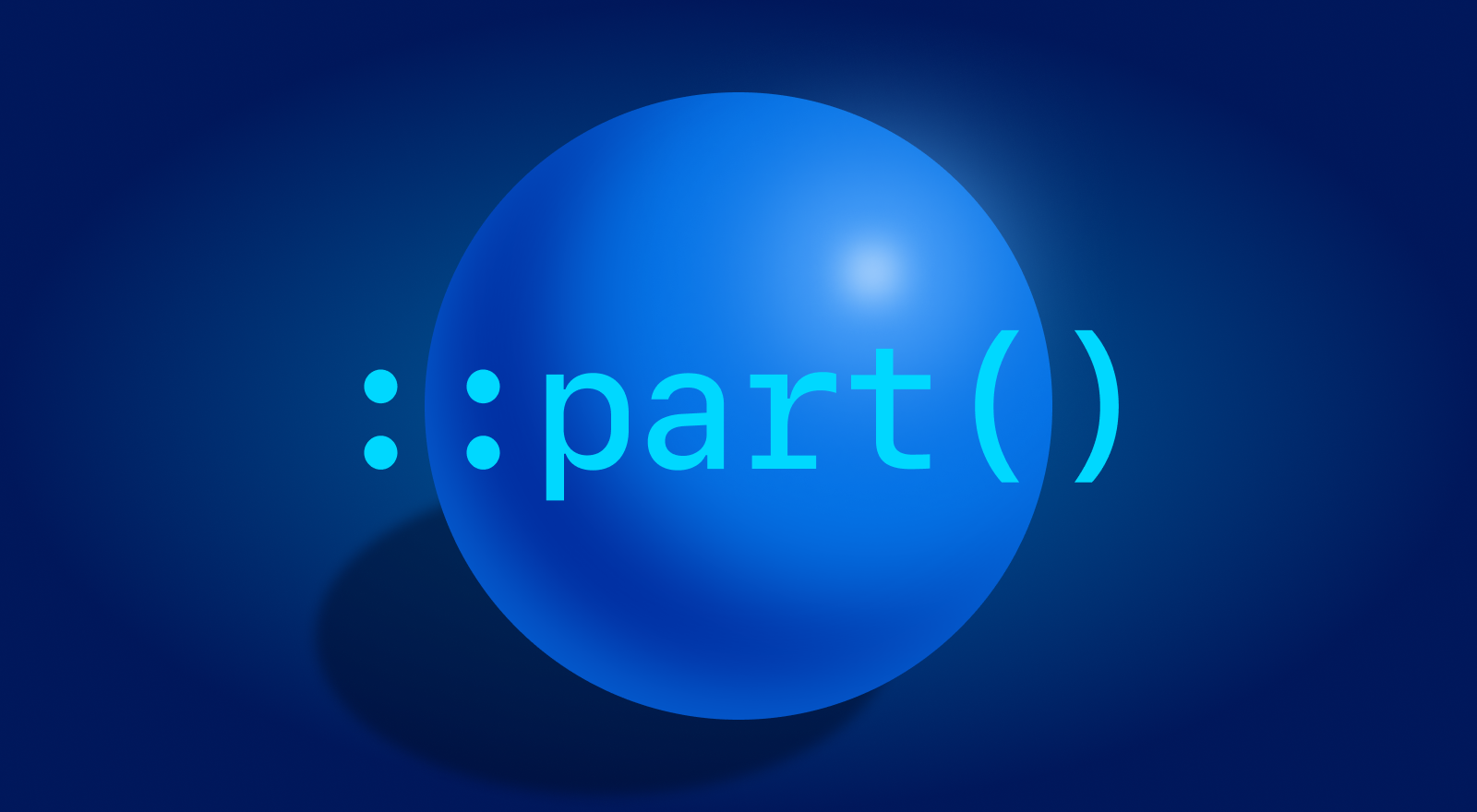 They replace the need for a large amount of CSS variables by adding the ability to target any CSS property on an element inside of a shadow tree.

To better understand what shadow parts are, we need to understand why we need them. The release of Ionic Framework 4 at the beginning of last year migrated all of our components to become a distributed set of Web Components. Web Components follow the Shadow DOM specification in order to encapsulate styles and markup.

Shadow DOM is useful for preventing styles from leaking out of components and unintentionally applying to other elements. For example, we assign a .button class to our ion-button component. If an Ionic Framework user were to set the class .button on one of their own elements, it would inherit the Ionic button styles in past versions of the framework. Since ion-button is now a Shadow Web Component, this is no longer a problem.

The placeholder text and icon elements are inside of the #shadow-root, which means the following CSS will NOT work to style the placeholder:

CSS custom properties (variables) have been useful in solving this problem. We’ve created CSS variables to target many of the CSS properties on these inner elements. In this case, the placeholder color could be changed using:

The problem with this approach is that if we were to declare every possible property as a custom property it would cause bloat in the CSS files and slow performance. Instead, we have relied on style inheritance where possible and implemented custom properties based on commonly customized components and user requests. This has led us to discover that there are still many challenges with customizing our components.

This is where CSS Shadow Parts come in!

Shadow Parts give users the ability to target an element inside of a shadow tree from outside of it. In order for the element to be targeted, it has to be exposed by the library author, in this case, Ionic Framework.

By setting the part on an element inside of a shadow tree, the element will be exposed to the user for customization. The following change is made inside of the Ionic Framework and requires no action from an end user.

In addition to being able to target the part, you can also target pseudo-elements without them being explicitly exposed:

Vendor prefixed pseudo-elements are not supported at this time. See this issue on GitHub for more information.

As you can see, shadow parts are very powerful because they allow you to edit any property you’d like on an element and/or pseudo-element, without each property being declared as a CSS variable.

Elements inside of a part

It’s important to note that you cannot target elements inside of a part. The following example does not work:

Components can have multiple parts that are added to a single element. For example, take a component with the following parts:

If you wanted to style the tab that is active, while leaving the inactive tab alone, you would use the following:

Like I said previously, this is very powerful and a HUGE win for customization. Being able to customize any property on an element inside of a shadow root (as long as it has been exposed as a part) takes away the need for CSS variables for every property possible.

With all of that said, let’s go over which parts have been added in Ionic Framework. Our main goal with this initial rollout was to make UI customization easier while discouraging users from modifying elements that are used structurally. As we learned when adding CSS custom properties, we will likely find that more parts are needed to meet more advanced customization needs. This is not the end-all API for Shadow Parts.

You may notice a lot of components missing from this list. If a component is missing it is likely for one of these reasons:

CSS Shadow Part support has recently landed in all major browsers. However, you can see that some of the browsers still have some usage on unsupported versions. This is something to keep in mind when implementing parts in an app.

A minimum version of 5.2.0 is required for all of the parts mentioned in this blog.

Due to the usage of some of the older browser versions without support, we are continuing to support the large amount of CSS custom properties in our components. While we believe that Shadow parts are the way of the future, we will continue to provide and add CSS properties as needed.

If you believe that a CSS variable or part should be exposed that isn’t, please create a new GitHub issue letting us know.