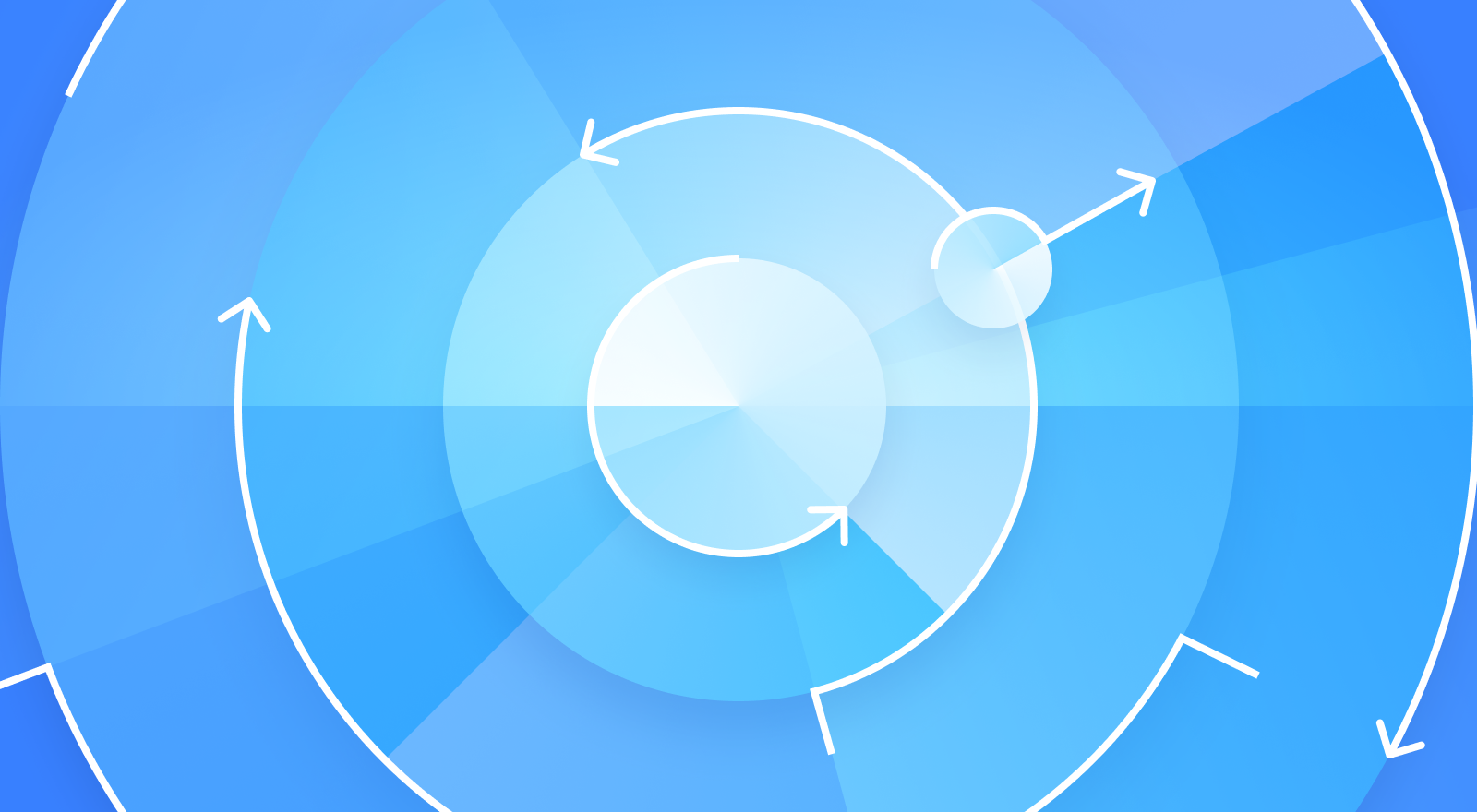 Building efficient animations has traditionally been hard. Developers are often limited by the libraries available to them as well as the hardware that their apps run on. On top of that, many of these animation libraries use a JavaScript-driven approach to running animations where they handle the calculation of your animation’s values at every step in a requestAnimationFrame event loop.

Since we are using native web APIs, all animations created naturally have a low CPU and battery usage overhead, allowing your animations to take full advantage of the processing resources available to them.

Let’s take a look at some examples.

Ionic Animations provides a chainable API that lets you declare your animation properties with ease. In the example below we’ve created a pulsating effect by animating the scale and changing the direction of the animation on each iteration via the direction method.

You can also group animations and control them using a single parent animation. This gives you the ability to control complex animations with different durations, easings, and other properties.

Chaining animations is as simple as awaiting a promise!

Ionic Animations also gives you the ability to control animation playback and provides hooks to perform DOM reads and writes, as well as add or remove classes and inline styles.

When developing Ionic Animations we performed a number of tests to ensure that it was living up to our expectations in terms of performance and resource consumption. We also looked at other animation libraries such as anime.js, GSAP, and Velocity.js to see how Ionic Animations compares to some of the leading alternatives.

We developed a simple test to see how these different libraries performed when animating a large number of elements. We ran this test on both a desktop device as well as a mobile device to get a sense of performance when dealing with different hardware constraints. The test we built animates a variable number of bubbles floating up the screen at different rates of speed.

We developed the following performance benchmarks to look at:

This first test looks at the Ionic Animations performance relative to other libraries on a desktop machine. [1]

The data above shows Ionic Animations easily achieving 60fps over the course of the test while maintaining a low CPU usage. The other libraries had CPU usages of >100% and high energy impacts while only achieving framerates in the 30s and 40s.

On the desktop test, Ionic Animations shows that it can achieve smooth 60fps animations while minimizing not only the amount of work it has to do in the CPU but also the impact it has on your device’s battery.

This second test was run on an iPhone 7. We originally wanted to run the same desktop test with 1000 bubbles, but GSAP was unable to run the animation due to a high startup overhead, so we opted to test with 500 bubbles instead. [2]

Similar to the desktop results, Ionic Animations easily achieves 60fps while having a low CPU usage relative to other libraries. The only other library that comes close to matching the Ionic Animations FPS is GSAP, but even then GSAP had to use almost 82% of the CPU to do that while Ionic only needed about 11%.

Once Web Animations ships on iOS you can expect to see an even lower CPU usage for Ionic Animations!

Getting Started and Providing Feedback

As we’ve seen in the tests above, Ionic Animations brings performant animations with a low energy impact to both desktop and mobile devices. We are very excited to have developers start using it.

We encourage anyone using Ionic Animations to file bugs or feature requests on our GitHub issue tracker.