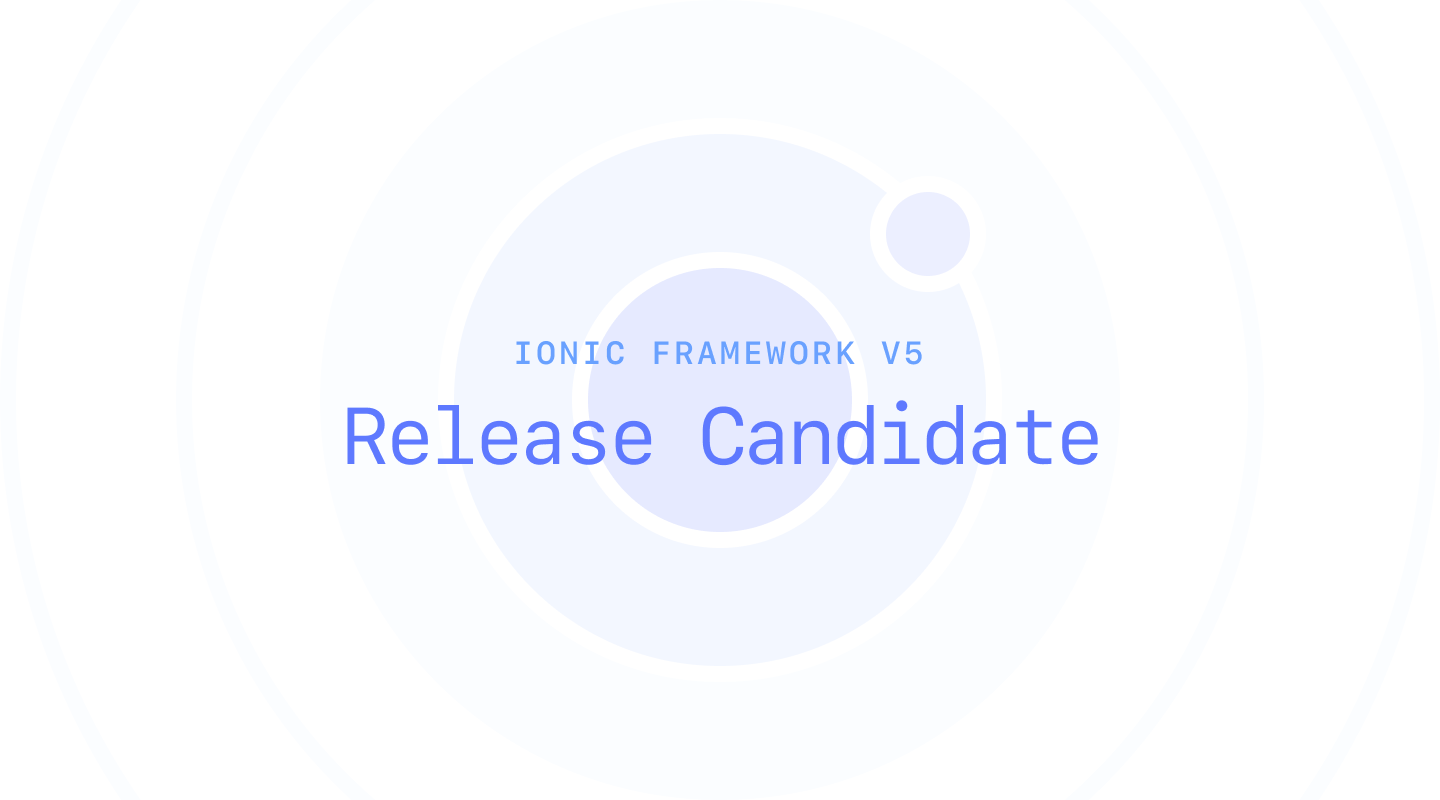 The Release Candidate for Ionic 5.0.0 is finally here 🎉🎉!

As you’ve probably heard already, Ionic 5 will bring major design updates and lots of exciting new features to the Framework. We’ve been working on it for exactly a year now (today is the anniversary of Ionic 4) and now we’re excited to share this RC with the Ionic community.

At this point, we’ve made all of the changes we needed to and we’re looking for feedback from developers. With that in mind, there are a few breaking changes that people should be aware of. Most of these have had deprecation warnings for some time now and we have finally removed the API. For reference, we’ve documented all the breaking changes in a Breaking Changes guide.

We’ll be diving into what all of the new features are in the coming weeks, but for eager devs, you can start testing out these updates by running the commands below.

We recommend updating to the latest version of 4.x before trying out version 5 in order to see deprecation warnings related to your app. To do this, update to latest Ionic 4 (npm i @ionic/angular or npm i @ionic/react), then run ionic serve in a terminal. Open the browser’s dev tools, then while you navigate around your app, yellow deprecation warnings will appear in the console.

Some key improvements to highlight are:

Please take some time to test out this RC and give us your feedback!