How to Convince Your Boss to Choose Ionic 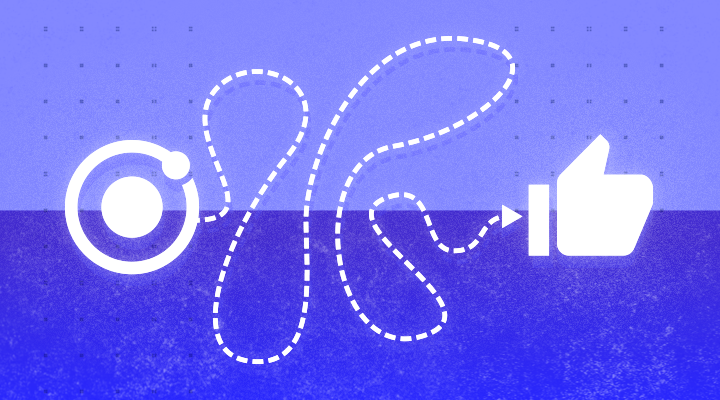 Greetings, friend! You’re a web developer, team lead, or engineering manager who has discovered that Ionic products are awesome. They have helped you build cross-platform applications quickly, made the app development process enjoyable, and solved important mobile development problems. You can see that Ionic would be extremely beneficial in your daily job, but are wondering how to convince your boss to endorse the adoption of new software. In a nutshell:

You want to connect with decision-makers at your organization and showcase the value that Ionic brings to the business.

You know that Ionic is an open source mobile development kit for building high quality, cross-platform native and web applications in a single code base. Maybe your boss knows this too — or maybe they don’t. In either case, you can explain what Ionic is in a couple of sentences or less, but generating buy-in from the business perspective is the next big step.

Don’t worry; we’ve got you covered. Here are some talking points that should resonate with your boss and help you make your case.

Your boss and the decision makers at your company are problem solvers. They want the organization to thrive and operate smoothly. What business or organizational challenges are solved by Ionic?

You Have a Web Team, But Now Need to Build Mobile Apps

Your company has a great web team already, but now needs to build native mobile applications. Maybe your company has web developers who are experts in HTML, CSS, and JavaScript in any of the major framework flavors (e.g., React, Angular, or Vue). The organization needs to build native mobile apps too — now, or in the near future. The web development team is top notch and able to recruit additional talent, but there are no Swift (iOS) or Kotlin (Android) mobile developers on staff. To compound the issue, it’s been difficult to find native developers to hire.

Since Ionic apps are built with web technologies and web standards, web developers can learn Ionic quickly and naturally. There’s no need to make your web team learn multiple new programming languages even when developing iOS and Android apps, nor is there a need to recruit hard-to-find Swift developers and Kotlin developers.

Your company needs to invest in future proofing your app development process. Many tech companies have had to pivot quickly to meet the needs and demands of customers. Changes in trajectory can be incredibly costly, both in time and money. Even seemingly small changes can result in hundreds of hours of additional work. Organizations want to mitigate costly changes upfront by future-proofing their products and time investment as much as possible.

Ionic empowers organizations to respond swiftly to changes demanded by users, regulatory bodies, or by the market.

Here’s a hypothetical example: say your company needs to update their logo and branding styles. The company maintains three different code bases for an Android app (written in Kotlin), an iOS app (coded in Swift), and a web app (using a JavaScript framework). Visual branding is coded into the core of each application. Updating all three code bases is no small feat, and requires 3x hours, as well as developers in each of the three languages. However, using Ionic means only one code base requires changes in order to update all three apps.

Here’s an example that isn’t hypothetical. In his Ioniconf 2021 talk Pivoting Your Business with Cross Platform Technologies, Jedi Weller (CEO of OpenForge) described how Ionic allowed his company to complete a platform pivot that was mandatory to get to market. Jedi’s team dedicated 20,000+ hours of the app development process to Startup Wars, a simulation game built with Ionic and initially deployed to native mobile. The application was for colleges to teach entrepreneurship. However, the native mobile application could not be adopted since 5% of students did not have devices capable of running modern mobile apps. If Startup Wars wasn’t accessible to 100% of students, it couldn’t be used in the classroom at all.

But because Jedi’s team chose Ionic as their platform, they were able to overcome this setback and deploy Startup Wars as a web app within two days. Now, Startup Wars has evolved into a full Ionic web app and the mobile app is no longer a primary deployment.

“There is no way we could have gone backwards 20,000 hours and rebuilt everything in a different technology. But because of the technology that we chose [Ionic], we were able to [launch a web version in two days].”

Ionic is Good for the Business

Ionic helps businesses both save and make money in a variety of ways.

Ionic enables faster time to market. The longer a product is in the app development process, the longer it’s not in the hands of customers. Ionic gets your product to users faster so you don’t miss your market window. Your boss cares about shipping speed, efficiency, and quality. With a single code base that deploys to multiple platforms and supplies powerful components and plugins, your team will enjoy a more rapid development cycle, fewer bugs, and a first-class developer experience.

Maksymilian Majer, CEO of ITCraftship, compared several cross-platform technologies in his talk Ionic, Built for Speed. He cited benefits of Ionic and its use of the web platform such as 100% code reuse, identical markup on web and mobile, ability to use well-known web frameworks, UI kits and libraries, and more.

The Ionic platform is feature-rich and robust while being a delight to use for developers. Ionic also has excellent support both from the company and the developer community.

Open Source, Plus Stability and Features for Enterprises

The core Ionic SDK is free and open source, and it’s continuously developed and maintained by Ionic, a stable company that provides enterprise support. Assurance that Ionic products are here to stay is especially valuable when selecting Open Source Software. Lack of continued commercial stability can fuel trepidation when decision-makers are choosing whether to adopt OSS or not. Ionic’s core technologies are OSS (and free forever) but also have longevity and enterprise offerings, including experts ready to help businesses succeed.

Save Time with Out-of-the-Box Components and Plugins

Ionic provides powerful functionality out-of-the-box. Ionic UI components are cross-platform and mobile-optimized: fast, pixel-perfect, animated, tested, consistent with different mobile operating systems, and beautifully designed. Save time and money by taking advantage of standards-based components that are purpose-built for mobile usage. Invest the time saved into focusing on your business and developing features unique to your product. Ionic also provides the native runtime that hooks into device APIs (e.g., geolocation, camera, file storage, etc.) on each platform using JavaScript — no need to know Swift or Kotlin to use native features.

Ionic has a massive, thriving community of content creators, developer users, consultants, and experts. If you’re looking to learn, you’ll find no shortage of outstanding community resources: blog articles, videos, themes, code examples, plugins, and more. You can also check out the Ionic forum to find answers to common questions and see what the community is discussing.

Ionic is Trusted by Enterprises

Ionic offers support, advisory, security, and CI/CD products for companies with enterprise needs. Faster time to market, great developer experience, and robust ecosystem are great, but enterprises need more. If you work at a large company, your boss is going to want to know what else Ionic can deliver — as they should. Enterprises need support. And how about advisory? If your boss asks, “Will Ionic integrate well with our identity provider?” point them to Auth Connect. Need secure mobile biometrics? Check out Identity Vault. Want to remove the hassle of mobile app deployment or want live updates without having to wait for app store approval? Appflow can do that and more, and also integrates with your existing CI/CD pipeline. Ionic is loved by developers and trusted by enterprises.

Once you’ve had the initial conversation with your boss and they see value in your talking points, what’s next?

If your boss is looking for additional data and information, send them to the Ionic Resources center where they can review webinars, articles, videos, and whitepapers. Case studies are excellent resources for decision-makers as well; find out why and how companies like Southwest Airlines, BBC, and more use Ionic to build great apps and deliver value to their employees and customers. They can also read 10 Reasons to Choose Ionic for Mobile Development, by Ionic’s CEO and co-founder, Max Lynch.

Hopefully now you’ve got your boss on board! And if they want to know more about how Ionic can support your company in the enterprise, we’d love to chat with them.