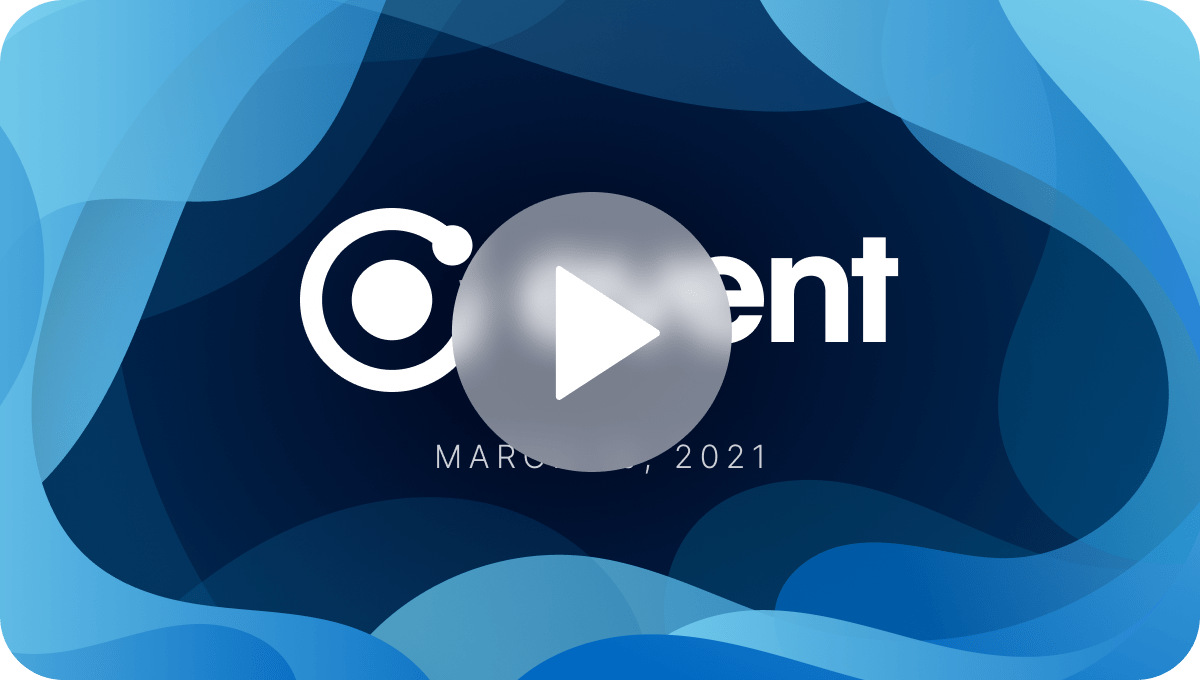 Today we hosted our first launch event of 2021. During the event, we heard from core Ionic team members about some exciting new updates and recent releases across our open source and commercial products.

Missed the live event? No problem. Continue reading for all the details, or watch the recording on YouTube here.

During what has been an incredibly difficult year around the world, the Ionic team has stayed laser-focused on building and shipping solutions that support our vision of making cross-platform app development accessible for every person and company in the world.

It’s clear our mission is resonating. To date, Ionic has become a leading app platform powering nearly 15% of apps in the Apple and Google App Stores. And that’s only part of the story. Ionic also powers a huge percentage of internal apps supporting businesses large and small. In total, thousands of new Ionic apps are created every week, and it’s all thanks to our vibrant, world-wide community of over five million developers.

We’ve been fortunate to work with some amazing customers, who are using Ionic to build any kind of app spanning every single industry on earth. These teams are building incredibly large-scale apps with Ionic, with millions of users, billions of dollars of revenue impact and truly inspiring us each and every day.

So, I want to thank all of our amazing customers for helping guide our roadmap, helping influence our entire technology stack, and inspiring us to always do better.

On to the product announcements, starting with Capacitor.

Capacitor is an open source cross-platform native runtime that makes it easy to build modern web apps that run natively on iOS, Android, and the Web. In essence, Capacitor connects the web to native, enabling the best of both worlds by providing the tooling and runtime that make it possible to take any modern web app and deploy it natively to all the platforms you care about.

In fact, Capacitor is quickly becoming the de facto standard for web developers building for mobile. It’s installed half a million times per month and growing rapidly, with thousands of new apps kicked off every week. It was also rated #1 in satisfaction among mobile development tools on the latest State of JS survey.

With the upcoming release of Capacitor 3, we’re planting a stake in the ground: Capacitor is now the standard for web developers building mobile apps. Major updates include improved performance, enhanced developer experience, and greater community involvement.

Ready to give Capacitor a try?

More developers than ever are migrating to Capacitor or joining us for their very first app. We hope you’ll check it out for your next cross-platform project. The final release of Capacitor 3 will ship in the coming weeks so in the meantime if you have an existing Capacitor 2 project, we encourage you to start upgrading to Capacitor 3 today!

As part of our company mission, we want to ensure that all Ionic apps deliver a great experience for every user, regardless of how they interact with their devices.

So, we’re excited to share that the majority of Ionic Framework UI components now conform to the latest web accessibility guidelines to support the visually and hearing impaired.

We’re excited to share that Auth Connect, a single sign-on solution that makes it easy to integrate with popular authentication providers and custom solutions, has added new features so more developers can easily add SSO to their apps:

Identity Vault, our advanced biometrics solution for safeguarding users and data on a mobile device, will also be getting a React Hooks-based API soon, followed by Angular-specific implementations for all native solutions.

Additionally, two new Enterprise plugins are coming soon: Apple Pay and Google Pay. These plugins will enable contactless, secure purchases in stores, in apps, and on the web. Imagine your users authenticating their purchase using their fingerprint or passcode.

Appflow, a fully-integrated mobile DevOps platform for developers and teams, has rolled out new features to deliver more power and flexibility for Appflow users, including:

We’d like to give special thanks to the amazing Ionic community and our customers. We build the technology, but you are the ones who turn it into amazing apps. It’s an honor to help you build amazing products.

This product launch event was the first of many we’re aiming to run every few months. Our next event, Ioniconf, is focused on our incredible community. Featuring great talks from experts in the mobile and web ecosystem, it’s not one to miss.