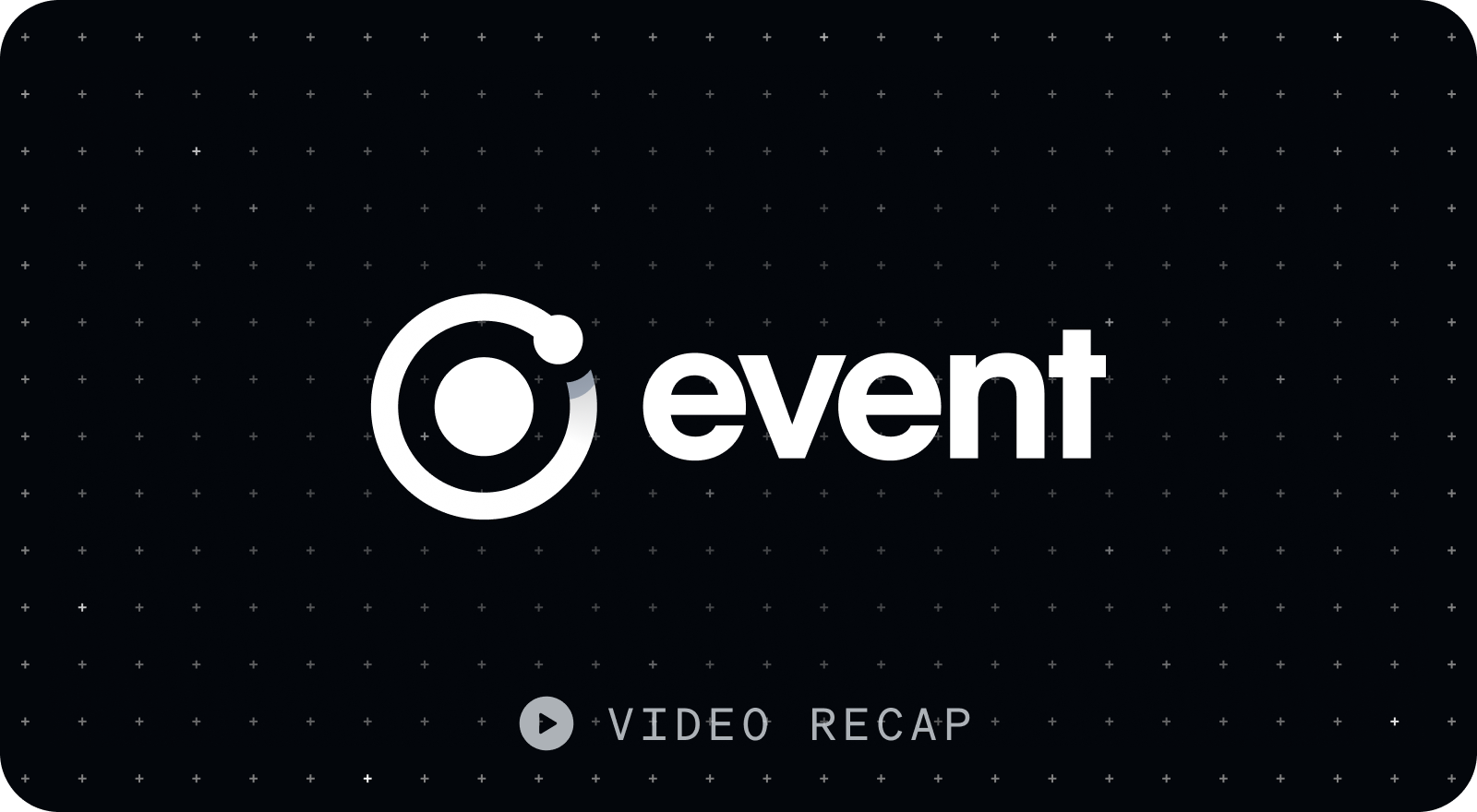 Today we hosted our second launch event of 2021. We heard from core Ionic team members about some exciting new updates and recent releases across our open source and commercial products.

Here’s a quick rundown of what we announced. If you missed the event, check out the recording here.

The biggest announcement of the day was the release of Ionic Portals: a free, supercharged native Web View component for iOS and Android that enables teams to add web-based experiences to native mobile apps.

Ionic Portals is a free solution that replaces stock web view controls, and instead provides a drop-in-ready solution that enables native developers to quickly and easily add web-based experiences to native mobile apps. With granular controls and advanced security, native and web teams can now safely and securely collaborate on mobile app development projects and bring new and existing web experiences to customers on existing iOS and Android mobile apps.

If you’re part of a team that builds web apps as well as traditional native apps, you can now reuse your existing web apps, move faster, and create stunning app experiences that seamlessly transition between web and native.

Another big reveal was the introduction of the new Cloud CLI that allows Appflow users to integrate with their favorite CI/CD platforms, such as Azure DevOps, Jenkins, Gitlab, CircleCI, and more.

With Appflow and the new Cloud CLI, you can leverage all of Ionic’s cloud products inside your own CI/CD platform, including:

The Ionic Cloud CLI allows your DevOps, QA, and development teams to collaborate using their existing processes while reducing the management burden of rolling their own cross-platform mobile CI/CD setup. It adheres to DevOps best practices, meaning your team can drop it into your existing pipelines with ease.

The Cloud CLI is enabled on all Standard plans, or by purchasing an Appflow Scale license.

Teams building mission-critical applications will often need to integrate with other 3rd-party applications and services in order to deliver a full-featured app. Unfortunately, unlocking these integrations often requires searching for community plugins, or building your own integration from scratch.

The newest integrations announced today include:

Ionic’s Windows solution is based on the new Windows App SDK, WinUI3, and WebView2, and is an evolution for desktop apps that improves on classic approaches like Electron. Interested? Request early access here.

Keeping up with the latest iOS and Android design changes is critical to providing your users with a great app experience. Beginning with Ionic 6 you can expect to see yearly major releases with these design changes shortly after they are released. Ionic 6 will be iOS 15-ready when it ships, and the team is keeping an eye on Material You, the newest adaption of the Material design system announced in May 2021 (tied to Android 12). Once design guidelines become available, the team will look into incorporating it into the latest version of Ionic.

The new version brings improved performance and expanded tooling options. A new Custom Elements build helps bundlers include only the components used in your application, reducing the overall size of your app as well as the size of your application’s first chunk which means your apps are going to load even faster. A popular request from the Ionic community, you can now use Vite, Rollup, ESBuild, and other tools to build your apps. These modern tools provide benefits such as improved tree shaking (the removal of dead code which decreases bundle size and improves performance).

We’ve been thrilled with the community’s response to the v6 beta. Since being announced in June, there have been six releases, over 30 bugs fixed, and 30 new features added. Try it yourself now and stay tuned for the v6 Release Candidate (RC) coming soon.

Capacitor is an open source cross-platform native bridge that makes it easy to build modern web apps that run natively on iOS, Android, and the Web. In essence, Capacitor connects the web to native (as in, Web Native), enabling the best of both worlds by providing the tooling and runtime that make it possible to take any modern web app and deploy it natively to all the platforms you care about.

Capacitor has experienced an incredible amount of growth in 2021 and is now the standard for web developers building mobile apps. It’s installed 600k times per month and growing rapidly, with over 10,000 apps now in the app stores.

Similar to Ionic, the Capacitor team is working hard to ensure that the newest iOS and Android versions are supported shortly after they are released. iOS 15 support is available now and you can expect to see Android 12 support when it lands this Fall.

Stencil is Ionic’s solution for building standards-based Web Components and reusable, scalable Design Systems. It powers Ionic’s library of open source UI components and is used in systems from companies such as Apple, Amazon, Volkswagen, and more.

Thanks to Stencil and Ionic’s continued growth and success, we’re happy to announce that we’ve recently added additional engineers, hired a new Stencil product manager, and brought on a dedicated developer relations person. We’ve also been focused on re-engaging with the community through Slack, GitHub, and monthly office hours, which gives the community an opportunity to engage directly with the Stencil team in an informational and Q&A capacity. Our next office hours will be on September 30th at 1PM Eastern. We hope to see you there!

The Stencil team has been hard at work the last few months to ship features and address existing issues. While this includes a lot of behind-the-scenes work, we’ve shipped two releases with:

The team has also been working on the highest upvoted issue in the Stencil repository: Source maps. Source maps create mappings between the source code and the generated JavaScript that is delivered to a user’s device. This empowers developers to debug issues while maintaining the context of the code they wrote. Sourcemaps will be available in an upcoming release of Stencil in the coming weeks.

We want to take a moment to thank @JohnJenkins, a member of the Stencil community, for all their efforts in pushing this functionality forward. Their work laid a foundation that’s been indispensable for the Stencil team and is going to have an immense impact on the community.

Ionic’s mission as a company is to empower web developers to build high-quality experiences with their existing skills, using the web tools and technologies they already know and love. We started with a focus on building native iOS and Android mobile apps that were entirely powered by the web.

The release of Ionic Portals and Ionic Windows is a huge step in our evolution as a platform and the fulfillment of our Web Native vision, one where web developers push the limits of what’s possible with modern web technology and APIs. Now, you can use web technology to build apps that run on the web, native mobile, native desktop, and embedded within native mobile apps.

A special thanks to the amazing Ionic community and our customers who have joined us on this journey to build amazing apps using the open web. We come to work every day excited to help you build amazing products.

These product launch events are new for us in 2021 and based on the community’s reception, are definitely going to continue! Our next event, the Ionic Enterprise Summit, is focused on talks from members of the Ionic enterprise community but is open to all. Featuring great talks about making app development faster, more scalable, and more collaborative, it’s not one to miss.

See you at the Ionic Enterprise Summit 2021 this winter! ✨